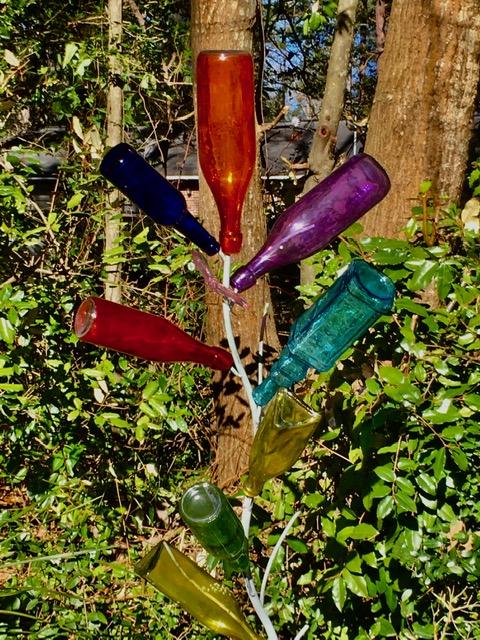 It, still, makes me happy to see so much underbrush removed last week by Jeff, my lawn maintenance expert. For the first time, in a long time, people riding down the street can see the bottle tree in all its beauty again…not hidden behind and within the thick foliage of vines and ropes. 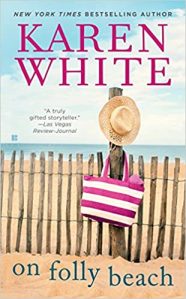 The “Ya’s” (lifetime friends from college days) all got interested in giving each other a bottle tree and subsequent bottles to put on it after reading local author, Karen White’s novel…On Folly Beach (several years back.)

But within the story, there were several strong characters who, also shared local folklore and the history/mystery behind the bottle trees of the area. One character shared this legend….

One of the many traditions steeped in local Lowcountry history is the bottle tree. … The legend is, early Africans believed that when night rolled around, the bottles lured and trapped evil spirits in them and held them hostage until the rising morning sun could destroy them.

In the story…it was also a novel way to send communications with military secrets or warnings about spies in the area. Notes would be written on small pieces of paper and left in certain bottles during the night.

Besides the bottle tree out by Rainbow road…I have two more bottle trees in my garden…I am taking no chances with bad spirits wandering my garden.

Another sage piece of protection from bad spirits comes from painting one’s house with “haint blue” colors…particularly the door, windows and porches.

I still have “haint” blue on my front porch ceiling and a blue door upon the exit from my Happy Room. According to local folklore…the color blue is used for a specific reason. 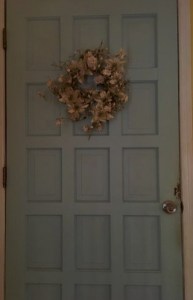 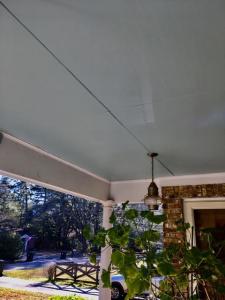 *There is also another benefit too…I have never had a wasp or other insect nest on my front porch…supposedly the blue hue confuses flying insects and they think it is the sky…and fly away.

The Gullah would paint not only the porch, but also doors, window frames, and shutters. Blue glass bottles were also hung in trees to trap haints and boo hags. ( I always make sure I have blue cobalt bottles on my bottle trees for this reason) 🙂

I first came to hear the story of haints, boo hags and painting homes blue when I first started teaching SC History in the early seventies. Back then many of my students lived in homes with blue ceilings, porches, doors, and windows…and if they didn’t live in one… their aunts, uncles, or grandparents still did.

Sadly this piece of folklore has died out with many of the old homes being taken apart for new housing developments. I miss seeing the “haint” houses around Summerville like I got to experience in my early teaching years. 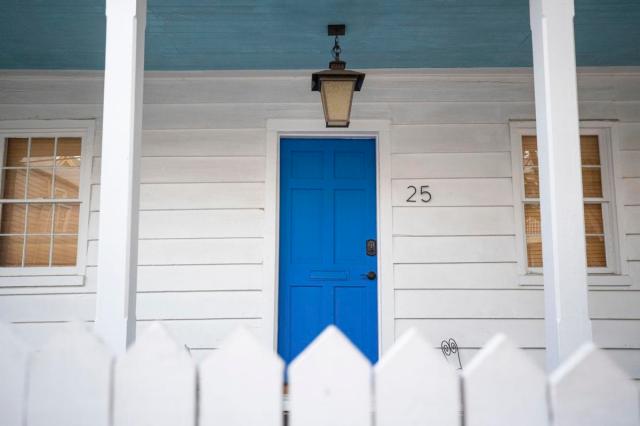 I like narrative storytelling as being part of a tradition, a folk tradition. 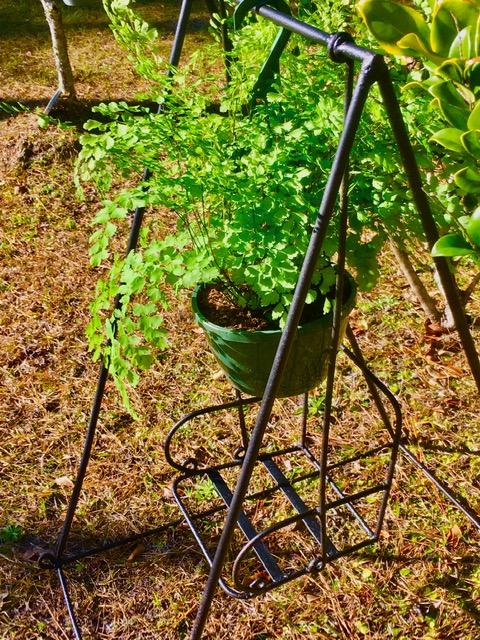 Sunshine in the seventies yesterday and today…life is SO GOOD!

Finally…I can safely leave the pillows and mattress out a few days straight without worrying about them getting wet…a benchmark! 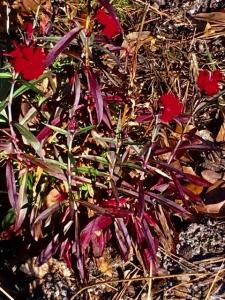 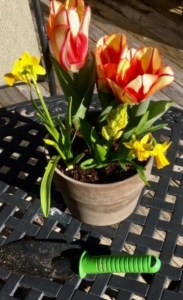 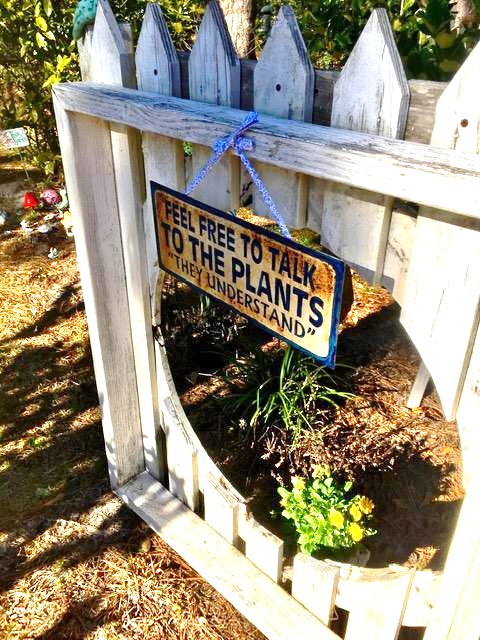 2 Responses to Lowcountry Customs and Folklore