To the Ya Ya’s With Love 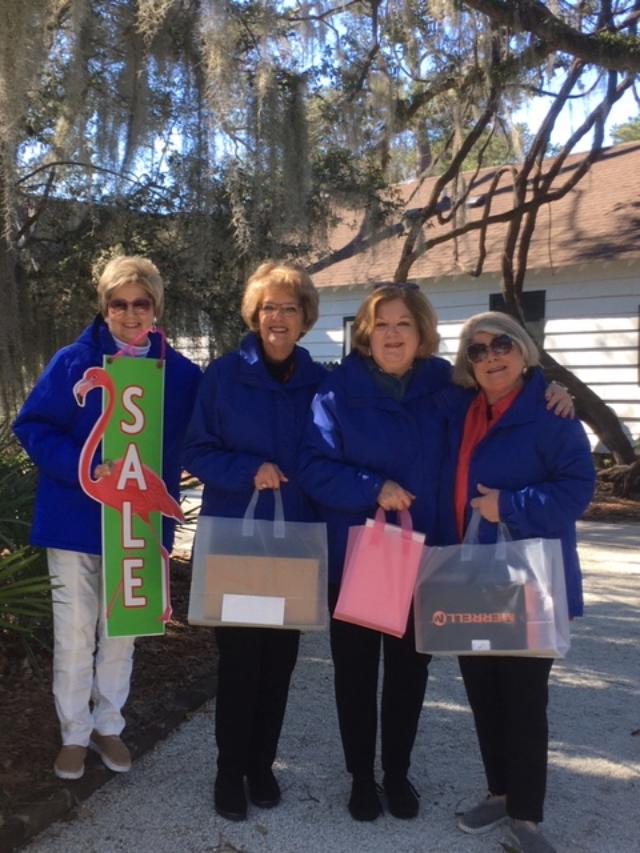 After re-living the adventures of the Spring Break Bahamas cruise yesterday…and feeling so much lightness and laughter…I decided I wanted to keep the feeling going.

What got me thinking along the lines of thanking my Ya friends, from the bottom of my heart, in the post today… for being there for me through thick and thin…was something Ruth (Isaiah46 Ministries) wrote in response to the Bahama adventure yesterday)

I find your adventures wonderful and I envy them, especially you and the Ya-Ya’s. Oh to be a part of a group who have loved and helped each other through the years!

That last sentence made me stop in my tracks and question myself “When have I last sat down and thanked the Ya’s collectively and individually for their presence in my life?”

We were all inseparable in college, especially our junior and senior years…Libby and Jackson were roommates and Brooke and I had been roommates since our freshman year…when fate stepped in …  we were assigned to the same dorm room.

Now all four of us shared connecting rooms in the newly built senior “suites.” This is when we became so tight..closer than our relationships even with family siblings.

After graduation Brooke and I both got teaching  jobs in Summerville and shared an apartment in West Ashley in Charleston. It was the 1971-72 school year, in Summerville only a year or perhaps two, after integration had taken place.

The loveliest thing about new teachers is that they share no prior history of “the way it used to be” so those early integration years were simply the ‘norm’ for us…and we charged right in…a clean slate.

Brooke and I were both single…while Libby and Jackson were both engaged and would marry later that first year…Brooke and I played the role of bridesmaids for many a wedding.

These years spent during this special “interval” period of life…before being forced to act “grown up”…look for houses, pay mortgages, get married, and follow the social mores of the times…I like to call the “The Time of Brobdingnan.”

During one of the adventures in Jonathan Swift’s satirical novel, Gulliver’s Travels, Gulliver arrives in the land of Brobdingnan…the land of giants. There everyone and everything is “larger-than-life.”

Normally we associate Gulliver with being the giant….tied up on the ground by the little people…the Lilliputians.

The author (Swift)  is reminding us that on any given day…we can feel –larger-than-life (brobdingnagian) or timid and small (lilliputian).

Upon reflection of those adventuresome years…caught between young crazy adults who were slowly morphing into responsible adults… so memorable… to the point of being “Brobdingnagian”…larger than life moments.

All the innocence and fun of that time period quickly passed from me when my younger brother David suddenly died in 1973 from cardiac arrest brought on by side effects of Marfan’s Syndrome disease. My beloved “little” brother who towered over everyone at 6’5 weighing in at 135 pounds on a good day. The epitome of love, kindness, and gentleness.

The strange thing about us future Ya’s… is when we most needed each other…..we were the most estranged. By now everyone was married…children had arrived…all of us were working, raising children…dog-paddling to keep our heads above water from broken relationships…too tired to even call out for help. We were all, at some point, simply in survival mode.

By the time we “survivors” finally reunited again around 2003… our “children” were either in college or out on their own. We met at Brooke’s new Edisto Beach House…”Rest in Peace” and that is what we have done every since…giving us a new lease on life…time to support each other again.

These days we are all united in trying to protect ourselves from Covid while maintaining and protecting our love of family… praying for the day soon when we, the Ya’s, can reunite after the longest period to date going without our normal gatherings.

(The Title “Blue Jacket” photo is the last time we were all together…almost a year ago last February at Pawleys…our other favorite get-away!)

It is starting to feel like we are just shadows of our former selves…without the tactile hugs and laughter we have been able to share with each other all these years.

Jackson, by far, has experienced the most difficult 2020 year of all…with serious health issues…involving long-term treatments, procedures, surgery, and post-rehab. These days you can find Jackson slowly but surely recuperating… in New Jersey with her family and her new best friend…Shotzi…the dog!

***Jackson’s birthday four years ago in Columbia with the Ya’s and Libby’s sister Linda and daughter Betsy. Looking back at this photo…once again I am thankful we can’t see into the future…with the life-altering obstacles ahead for several of the party members!

Jackson and I might have been the two history majors in the Ya Ya circle… with Libby and Brooke being elementary education majors… but it has been Libby who has saved all the archives and so lovingly sent these memoirs from our first gathering last evening…including our first invitation gathering…pretending our meeting place was a broken down beach shack…but Surprise…it was the newly constructed “Rest in Peace”  Ted and Brooke’s new beach house at Edisto! 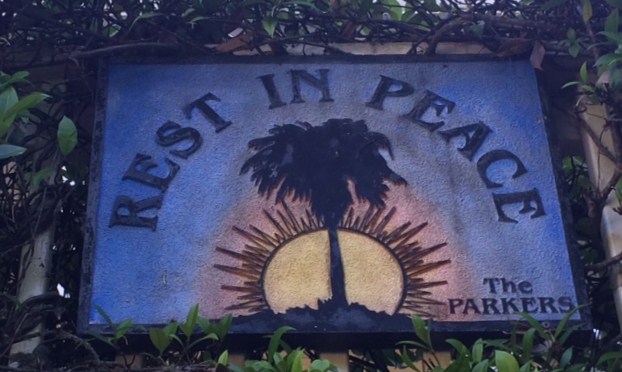 Here are some “blasts from the past” …past gatherings including the famous first invitation Brooke and I worked on with a “Dingle Jingle” and pictures of our years together at Erskine. Followed by playing dress-up in historical attire with another college buddy, Scotty, who joined in the fun for a couple of the early gatherings. 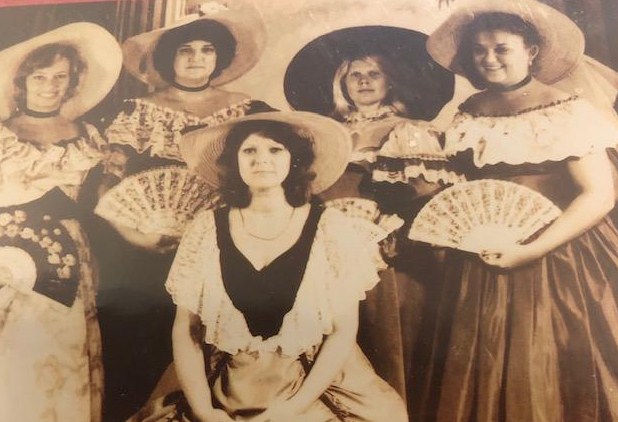 Libby wrote this moving tribute about the Ya’s and I thought it was time we paused to remember from where our strength comes…God and then each other…for each other.

4 Responses to To the Ya Ya’s With Love