Christmas Memories…How It All Began

When Jeff, my pastor, and I met (several weeks ago) to plan for the annual Christmas Eve Story at the 5:00 Service…we both knew the service would have to be quite different… this year my story would be taped and ready to be heard by a “gift envelope” -computer link to the story.

At the initial meeting I shared with Jeff how the storytelling idea got started exactly 30 years ago this year. When I had finished the true story of the strange situation that created the storytelling part of the service…Jeff said, “Becky…I think the story you shared with me should be the story told on this special anniversary…because the story encompasses the true meaning of Christmas.”

So on December 10 at 10 a.m. I met Jeff and his laptop computer in the sanctuary and after a few creative re-adjustments…we got the “tape” recording while I was telling… how this thirty year tradition of storytelling began.

We have to travel back actually 31 years to get to the catalyst that started it all…it was a storm unlike any other storm to hit our state…in fact it was a hurricane…Hurricane Hugo that inadvertently created a new Christmas Eve tradition in my life.

It was a terrifying experience for everyone living in the low country but luckily when all the howling winds and fallen pines ceased…I still had a house. There were lots of repairs needed… including a new roof…but by Christmas of 1989…three months later…my three children and I were slowly returning to “normalcy” again.

And for our family…that meant trimming the tree. I remember we were on a roll….the tree fit in the holder, all the light bulbs came on the first time…all we had to do was put on the ornaments.

Walsh and Mandy took a flashlight out to the garage that was still in some disrepair to look for the ornament bag. It was gone…probably thrown out by accident with a lot of  other debris lying around during several massive clean-ups.

Earlier elation and excitement dropped like a “hot potato” as the realization that all the ornaments that had been passed down from generation to generation, all the home-made ornaments the children made at school and Sunday school…special recognition ornaments…gone…all gone.

It had been a tough year financially…so replacing ornaments would be difficult…and of course the most meaningful ones could never be replaced or the memories of the person who gave it.

The next morning at school a fellow colleague, who taught across the hall from me, stuck her head in my classroom to ask how my weekend was…I hesitated and then sadly told her the story of what had happened the previous evening. She gave me a hug and left and soon the episode was forgotten in the busyness of teaching.

As we ate supper that Monday evening…we quietly stared at the tree lit up with no decorations. Then the doorbell rang…it was my teaching colleague friend with four ornaments-one for each of us…and she told a story behind each ornament she gave us. The children were in smiles…and the four ornaments raised our spirits to the roof…our new roof.

Before she left she smiled and winked…warning me that I might want to have supper at 6 the rest of the week because the evenings might be “taken” by some elves.

That was just the beginning ….every night for almost two weeks the doorbell would ring around 7 and one or more teachers from Alston Middle School would be standing there…with an ornament but more importantly a story behind it.

The children soon realized that they liked the stories more than the ornaments as we laughed together at the anecdotes. Walsh, who was a student at Alston at the time…got to see his teachers in a completely different light.

It was the most beautiful gesture of friendship and kindness my family had ever experienced…waiting in anticipation for the doorbell to ring and another story shared….the true meaning of Christmas.

When I told my pastor at the time, Richard Cushman, about the story he had my family act it out at an Advent program and then asked if I would share it, orally, at the first service that year. Even though I agreed…it never came to be because Mother Nature gave us a rare White Christmas …as if apologizing for “Hugo”….and it all started on Walsh’s birthday. The snow cancelled the Christmas Eve service that year of 1989.

The next year…1990…Richard asked me again and this time I told the story and have never stopped since…thirty years.

Jeff picked up on the strange connection ….how the tradition of storytelling indirectly stemmed out of Hurricane Hugo…and now thirty years later it is a world-wide pandemic with a COVID virus that is altering this year’s service…having us find new ways to “gather” and be together in spirit and distance…if not in body.

I remember with the old 17 mm films….the students would beg me to let them re-watch some historical film backwards…in fast succession. If we had time I would do this and we would all howl together.

Yesterday my mind was racing backwards too…I thought back on some of the stories told over 30 years…they involved all kinds of Christmas Tree stories (from why Christmas Trees Shouldn’t be Perfect to the Year of the Perfect Christmas Tree) …Animal stories…from elephants, mules, donkeys to Hosmakaka, the curmudgeonly old camel, who complained about his sciatica and gout while on “route” to the manger. There were Christmas trains that gave away silver packages, rag dolls, rag coats, and legends of every Christmas tradition and name…from the poinsettia to the candy cane.

But no matter the story…the central theme stayed the same as each story would unfold…Christmas is LOVE…big and BOLD. (And remember children …your Christmas memories should always be TOLD.)

It started with a hurricane that could really blow and a Christmas gift of pure white snow...Now this year we had a pandemic that reached so so far...but we also got a rare viewing of the brightest Christmas Star.

***History does repeat itself…we just have to have patience and faith…that it will also “right” itself…with God’s help it can and will!

Merry Christmas to Everyone and “God Bless Us One and All.”

“Today REALLY is my FAVORITE DAY!” 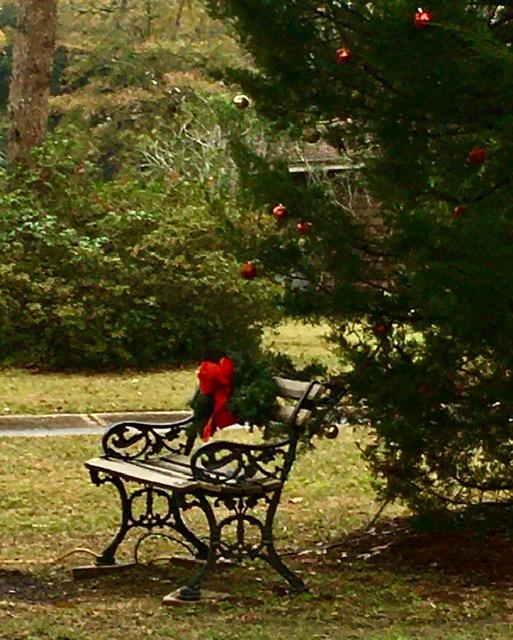 5 Responses to Christmas Memories…How It All Began