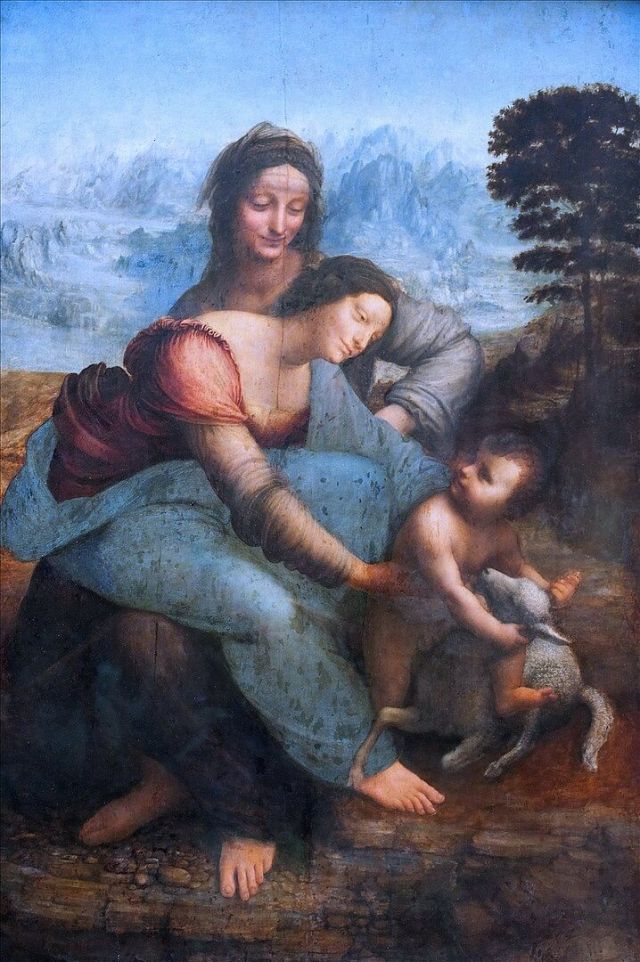 Yesterday, December 18, I decided to look ‘back to the future’ and see what I wrote about on that date in past years…When I looked at the blog post from December 18, 2019…the story was about grandmothers in history…how we usually hear very little about them in historical biographies…but we secretly wish the historical figure, being researched, had one.

Don’t we all need someone who spoils us in our lives and aren’t grandparents usually the ones we go to for a little ‘extra loving’?

And if anyone needed some “extra loving” it was the Christ-Child…love that needed to be stored up for the challenging years ahead of Him.

Quinn Caldwell suggests this possibility (according to other ancient sources) and famous painters like Leonardo da Vinci (Title Painting)…all wanting a grandmother for Jesus too.

In this Advent Reading…Caldwell examines the possibility of such a grandmother playing a major role in Jesus’ upbringing. He explains:

“They say Mary’s parents were named Joachim and Anne. This isn’t anywhere in the Bible, but other ancient sources say so. Legend has it that they were deeply devoted to each other but were unhappy at their childlessness.

Then one day, an angel appeared to each of them separately and told them- guess what?- that they were going to have a baby. A popular theme for medieval paintings was their “huggy” meeting at the gates of Jerusalem, where they had each come running from opposite directions to tell the other what happened.

*Another popular painting shows a wee Jesus sitting on Mary’s lap, who in turn is sitting on Anne’s lap. (See title painting)

I love St. Anne. No so much because I know anything about her, but because I love the idea of Jesus having a grandma. I bet she was always buying him too many presents. She probably let him stay up late when he spent the weekend at her house. I bet she never told him she couldn’t play with him right now because she was busy. I can totally see her rolling her eyes at Mary and Joseph’s uptight parenting.

“That’s the Grand-Messiah’s job” Anne would respond serenely as she sailed by with more cookies for the Savior.

“What am I going to do?” Mary would ask as they had coffee and watched him play. And Anne would put her arms around that big girl who would never stop being her baby, pull her close, and hold her tight. “You’re going to do what we all do; love him as hard as you can for as long as you can. No matter what!”

This Christmas our immediate family is praying no one gets sick before Christmas so we can have a much smaller but important gathering together. Nothing delights us grandparents more than watching our grandchildren delight in Christmas morning and the presents we brought. Just being witness to it all…is a grandparents’ Christmas present. Time will tell.

Especially these days with Ancestry.Com…we are all becoming more interested in our family’s genealogy and heritage.

Generational family is important to children…learning about their family tree…especially the birth of Jesus and His family tree…producing God’s children who inhabit every nook and cranny on Earth.

So until tomorrow…God thank you for grandparents who never stop being parents. Amen. 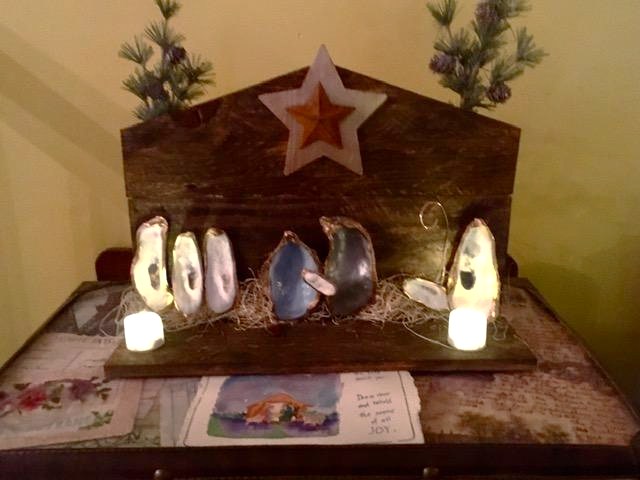 Yesterday was fun…lots of friends stopping by…mostly on the porch or a quick look inside my “Happy Room” at the decorations from the top of the steps…everyone was very “masked” up…but seeing people again driving up…in my yard…made my heart happy. 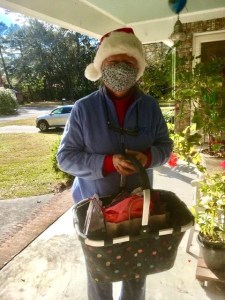 Before we can have a Clemson Christmas…we have one more “snowball” fight today against Notre Dame. My hope and prayers are for safety above all else…and everyone giving it the best of their ability…feeling good about their personal efforts after the game.  Love you Tigers!