A Memory Bridge Connecting the Blog 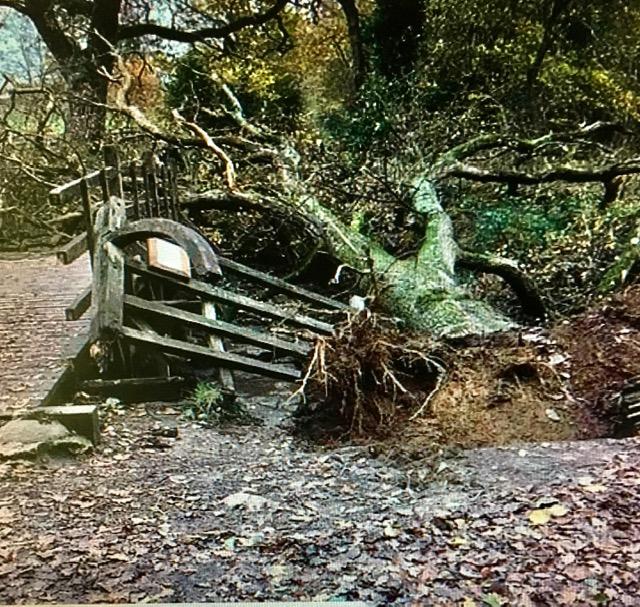 As I was glancing at yesterday’s top news stories on my computer…a photo of a  bridge collapsed from the weight of a tree falling on it…caught my attention by its name…Poohsticks Bridge…built in 1907 and made famous by the Winnie -the-Pooh childrens’ books.

I stopped and pulled the accompanying story. Apparently strong winds caused a tree to fall damaging this beloved landmark in Ashdown Forest, East Sussex. It is visited by thousands of tourists each year, but is now closed indefinitely… for major repairs.

It was first built in 1907 and provides the setting for the beloved childrens’ novels. It was made famous in A. A. Milne’s Winnie-the-Pooh stories.

Ashdown Forest provided the inspiration for the Hundred Acre Wood where Pooh and his friends lived…the setting for the series of stories to follow. It was here that the game of ‘Poohsticks’ on the bridge is first mentioned in the book, The House at Pooh Corner.

Disney Corporation helped the builders re-design the bridge to closely resemble an illustration in the book. It was renamed Poohsticks Bridge in 1976 by Christopher Robin Milne, the famous author’s son and inspiration behind the character Christopher Robin.

As soon as news of the destruction of the bridge hit the press countless people wrote in stories about getting engaged on that bridge while others played countless games of pooh sticks as a kid and now as a parent with their children.

Poohsticks is a game that involves dropping sticks from the bridge into a downstream river, with the person whose stick emerges first out the other end of the bridge is the winner. 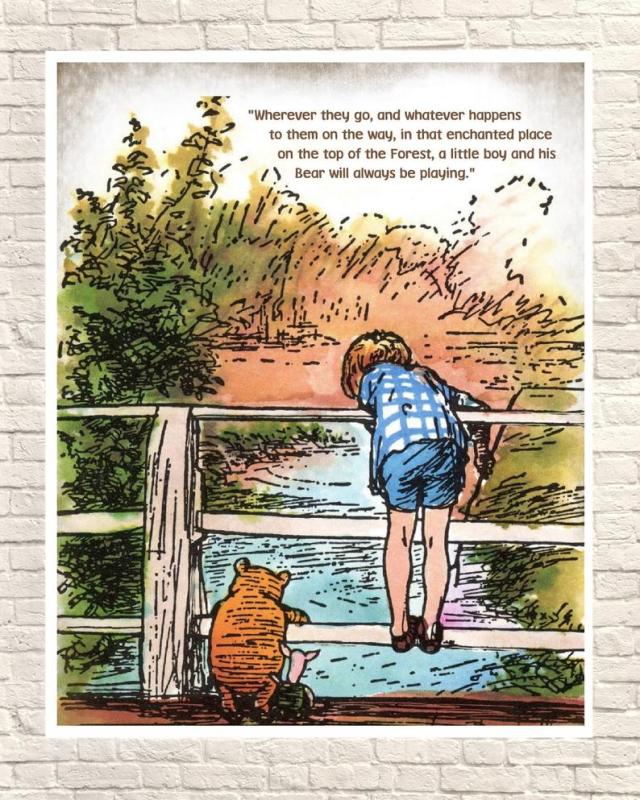 This memory from the Pooh stories took me wandering down my own memory lane….for as long as I can remember writing the blog Chapel of Hope Stories…Part 1 (August 7, 2010- November 19 2014) and Part 2 (November 24 2014 -until today, November 19, 2020) I have ended each post with Winnie the Pooh’s favorite expression:

Exactly the date when I started using this expression as my sign-off is puzzling too…I didn’t use it the first day back when I started Part Two of Chapel of Hope Stories...but I did the following day…November 25, 2014 and continued.

Did I just forget the first day back or did I make that decision, out of sheer gratitude, to be back writing the following day? My memory eludes me…but I do know I would have been looking for a sign-off phrase like newscasters used to use…and while going through chemo, radiation, and three separate surgeries…each day I survived, that I was alive, was “my favorite day.”

*If anyone happens to remember or has an idea behind this sign-off phrase…I would welcome it.

One thing does stand out today, November 19… a very tall man made a very small speech and today it is applauded and recognized as one of the greatest speeches ever given…not only for the eloquent words but its brevity…The Gettysburg Address…November 19, 1863.

So until tomorrow…Take time to follow memories back down their paths…it is amazing where they may lead us …and why. 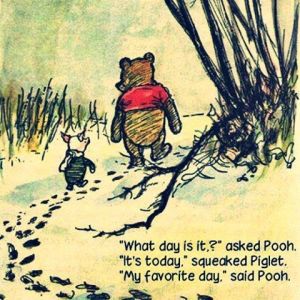 2 Responses to A Memory Bridge Connecting the Blog