Let’s Blame it on the Halloween Blue Moon!

*Add in our personal bizarre incidents…like Jake’s broken arm/surgery on Halloween and a strange piece of yesterday’s Chapelofhopestories post (just the title) strangely popping up on some of your computers with no blog post message…During these bewildering times… we find ourselves  falling back on superstitions… sighing resignedly and muttering… “Blame it on the Halloween Blue Moon.”

A regular “Blue Moon” isn’t that unusual in the big picture. It simply refers to a month that has two full moons in it…at the beginning and end of the month…approximately every 2 and a half to three years. BUT add in a “Halloween Blue Moon” and that only occurs approximately every 19 years…the next one slated for 2039.

I wish I could say that a “Blue Moon” crept up and pushed Jake out of the swing (resulting in a broken arm) but unfortunately Jake decided to leave the swing, willingly, at the top of the highest arc…yelling “Watch me fly”…everyone did until he crash-landed.

*Jake…I feel sure even flying superheroes have their share of bad landings too. Smile Sweet Boy…everything will be all right.

After a pretty sleepless night (for John at least) at the new MUSC Children’s Hospital…(John and Jake didn’t get a room until 10 that night.) Jake, at least didn’t get bumped by another emergency as forewarned (thank goodness) – He had his surgery at 7 the next morning and returned home in the afternoon.

*By then all of us Clemson fans had bitten and broken off all our fingernails while watching the game against Boston College. Whew! Amen! 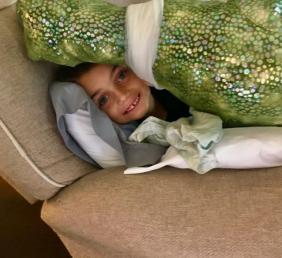 Then early yesterday morning as I felt Jake crawl into bed with me…I sat up and looked around…something visually felt differently with dawn breaking…suddenly I realized it was the time change producing the strange morning light diffusion. Plus it was a little tight sleeping with Jake, his cast, and Dino, the dinosaur with a broken arm on the sofa.

We did manage to squeeze a little Halloween in for Eva Cate and even Jake…thank goodness for their golf cart…it was actually chilly while riding around and hearing the squeals of delight and mock horror… plus the creative ways candy was dispersed this year was really fun and memorable to boot.

Yesterday the cousins came bearing gifts like this large Mickey Mouse pillow…but the best gift was keeping Jake occupied and his mind off his arm…he was able to get totally immersed in building mini-car garages for hot wheel cars…pizza was ordered and books dispersed to the children on their favorite topics…a lot of fun.

The last project before the golf ride Saturday afternoon…cleaning out the pumpkin…he was hard as a rock outside and decaying inside…but the Turners persevered…even his “gums” were rotten…so few teeth stuck inside but the jack o’lantern seemed happy just to be on display. 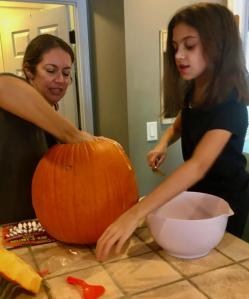 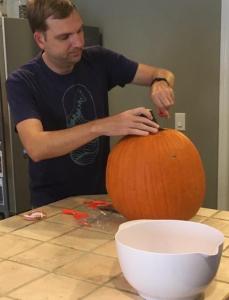 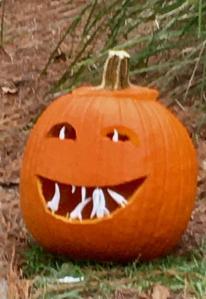 Tommy and Kaitlyn  dropped off a super-hero balloon Saturday night and left cupcakes… which all the little cousins ate Sunday for dessert. So special when family pulls together to make one little boy feel so loved. 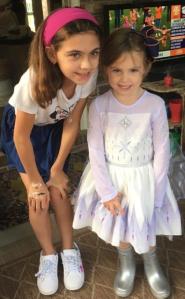 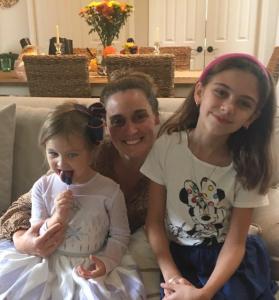 Lachlan even spent time with Dino consoling him too! 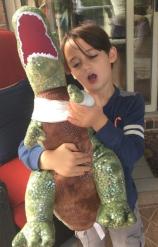 We were so glad school had let the children wear their costumes Friday…so Jake got to show off his pirate costume, at least, to his classmates and teacher.

Eva Cate is in love with Paris. She has been since I returned a few years back and told her about the Eiffel Tower. So this year…she was the Eiffel Tower….a dress with its image, a french beret on her head, and a pink poodle for her candy bag. She was one happy little girl.

Even though this strange Halloween Blue Moon weekend did present some rather bizarre challenges…we and the holiday all survived in tact…even Jake’s arm…since it is secured with pins! 🙂

….to all you readers, friends, family, and  those of you I haven’t “officially” met…the thank you’s started pinging on my iPhone early yesterday morning…with Jake cuddled beside me..I would read a get well and prayer card while he started counting them…way into the double digits. A good  math lesson… a better lesson in kindness.

Your prayers brought about a “good news” diagnosis following surgery… a few weeks and he will be able to resume all his normal activities. What great friends you are!

Mandy is so creative…she had some left-over pumpkin decorations from last year so she decided to use the cardboard cut-outs on one of  Jake’s birthday lanterns ….from his party back in September…so cute!!!!!!!!!! 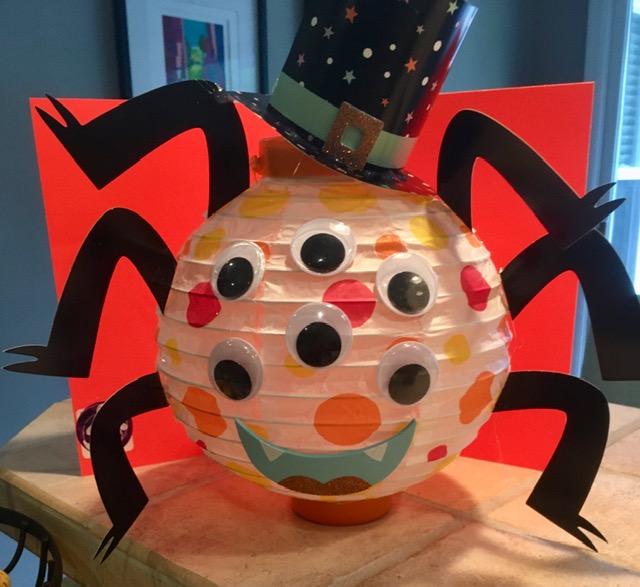 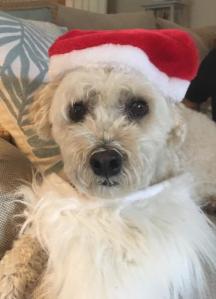 Tigger is reminding us…. with Halloween over… Christmas is moving in faster than ever…very impatient holiday. (For retail) 🙂

*Though Thanksgiving is my favorite….just a time to be thankful that we are all healthy this far into the pandemic.

2 Responses to Let’s Blame it on the Halloween Blue Moon!