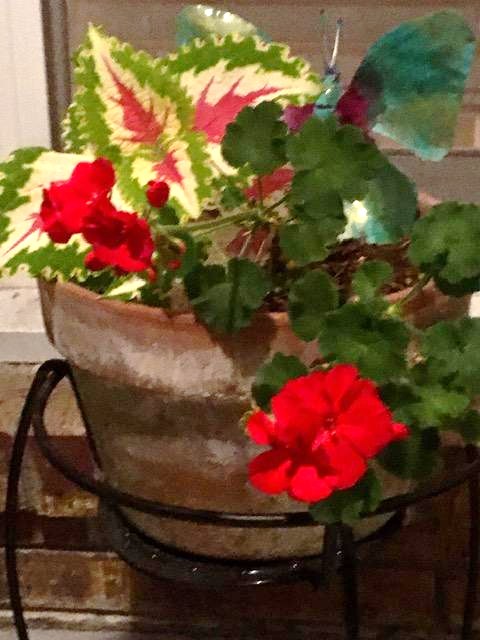 These days, as I fall in love more and more with “Big Red” the cloned geranium who has made my white bench (on my front porch) its home for twelve years…I think of “Dr.” Chelsey, my young neighbor across the street, at the time “Big Red” began to die two years ago.

To my horror one day…I started investigating why suddenly it seemed like “Big Red” was turning yellow and the wimpy stems were turning a brownish-sickish color. What was happening?

Chelsey happened to be out in the yard and I called her over because she told me at one time her mother was a specialist in re-rooting plants others had given up on in her small hometown in Georgia. Together we pulled back the huge foliage and stems…and discovered the cause.

“Big Red” had gotten too big…and without my notice, had slowly but surely started pulling the roots out of the soil from the back…one by one until now… the plant was dying.

Chelsey glanced at my stricken face over my “foliage friend” of ten years’ s dilemma, my breast cancer cheerleader and briskly said...”I will need to get several cuttings… placing them in different containers around different locations…inside and out…and then we keep our fingers crossed…for at least one to take. We can do this.”

Time passed and whenever I asked  how the rootings were doing Chelsey was a little evasive…several hadn’t made it but there were still some trying. She kept reassuring me…“It only take one.” 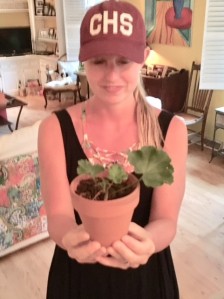 And that is how it ended up…she kept it a secret from me until the plant was up and growing and then surprised me with “Big Red” the Clone. I was overjoyed! Chelsey had saved my plant health o’meter, who had been with me for a decade at the time. 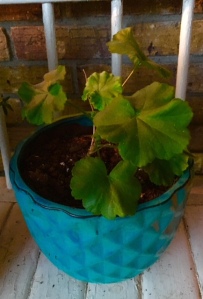 Tommy and Kaitlyn chipped in too… taking little “Big Red” home with them to care for it during this tender time and returned it to me on my birthday – 2018. It does take a “village” to raise “Big Red”! 🙂

Look how all this unselfish kindness paid off…”Big Red” today! 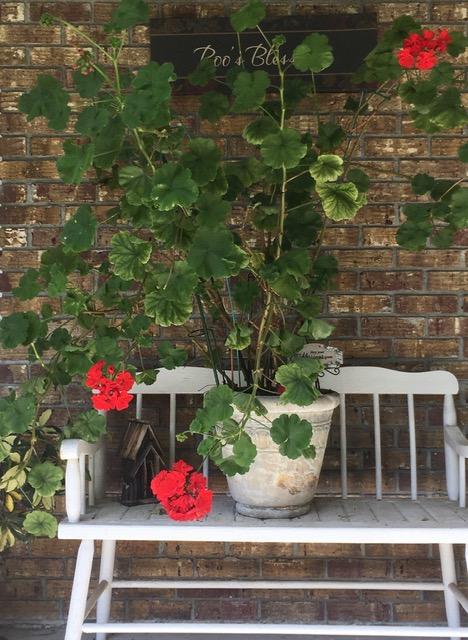 Then about a year ago Vickie came over one evening and we were talking on the porch when she noticed that one long stem had broken loose …she casually picked it up…didn’t say a word but left with it that night. 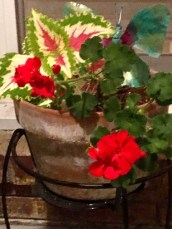 Months later she arrived with the second “Big Red Clone” cutting that she put in a beautiful arrangement for me. The title photo today is the second “cloning.” Look how it is growing…two buds opening with four more underneath!

This post has started out entirely different than the direction I had visualized but I am getting ready to bring it around full circle for you. I needed some examples of people whose open kindness delights others because it is given totally with the heart.

How many times have we received something and/or done something for another that just felt like one more check-off item to do for the day….it felt more like an act of ‘duty’ than an act of sincere kindness that would bring ‘delight’ in others.

Nicole Phillips was sharing her book titled The Negativity Remedy on television yesterday. I had just fixed a sandwich for lunch and settled down in “Old Faithful” my recliner, when she came on.

As I listened to her give personal example after another personal example of the importance of shifting perceptions from other people causing us to react negatively to taking responsibility for our own actions, positive or negative. The difference is getting rid of our “inner meanies.” We all have them.

We start complaining about a driver who pulled right out in front of us and then goes 20 mph when we are running late for a meeting. We seethe with resentment when someone else takes credit for a project at work we spent endless hours and weekends on…muttering to ourselves… “Team project, my foot, I was the only one who did most of the work and now everyone else, who did little or nothing, are reaping the same benefits from everything I sacrificed while they had a fun life outside of work.”

Aren’t we humans good at playing the “put-upon” martyr in life? (There aren’t enough academy awards in the world to give out to so many “actors.”)

Phillips admits she fell victim to unhealthy habits by putting the blame on others causing her stress. She came to the realization that we alleviate our own guilt for drinking too much or smoking too much by assigning the blame and root cause to others…”they, those people” suck the marrow of our bones…no wonder we complain in self-promotion and justification… that we have to do this or that bad habit out of sheer exhaustion from being used by others.

All it takes is one shift in perception. You discover that the person who pulled out in front of you and then went 20 mph (you felt sure just to aggravate you) was an elderly woman who was driving for the first time in decades to try to get to the hospital to see her husband who was critically ill…the love of her life… the man who had always been her driver.

You discover later after a team project has been turned in…through an overheard conversation, that several team players were hurt that you didn’t take any of their suggestions or offers to help…but instead plowed ahead determined to show the others just how good you were …to prove you didn’t need anyone else.

“These shifts in perception” where we let kindness always be our first inclination over negative judgment creates a powerfully important new mindset…it literally turns one’s world upside down. Doing kind acts because you truly want to help someone…to delight in their success…makes you happier and more content than you could ever imagine.

So until tomorrow…Chelsey was right…”It only takes one” “rooting” to  give others and ourselves new leases and outlooks on life.

Michele found this gorgeous spiral on Facebook and shared it with me…and Vickie’s and my shared rosebush is outdoing itself again! 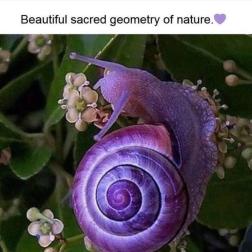 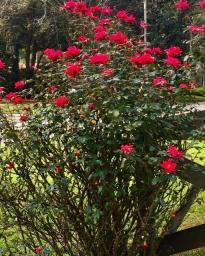 2 Responses to Duty vs Delight