Living Our Legacy instead of Leaving It

What if your legacy isn’t what you leave behind, but something you create, every day of your life? What if you started acting the way you want to be remembered–right now–and shared your unique gifts with the world?

The author, Cody Shewan, of Everyday Legacy, has been a funeral director for a great portion of his life…and as such, has dealt with humanity in their most reflective moments.

From many of these ‘storied’ heartfelt regrets… coming too little, too late, Shewan came to realize that the legacy we hope to be remembered for…is not something that will automatically appear at a funeral…unless the now deceased have “lived their legacy” instead of just leaving their perception of themselves up to other’s interpretation. 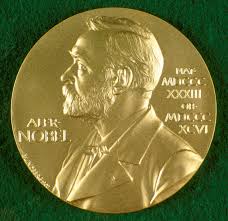 One story this author told, on a recent talk show, quickly caught my attention. It is the story of Alfred Nobel.

Today we remember him for the coveted Nobel Prize awards given out in association to making the world a better place…a peaceful place. Originally, however, Alfred Nobel was remembered for doing just the opposite…his legacy was built on destruction and death.

Alfred, along with his family and brothers, acquired immense wealth in explosives…Alfred became known as the “Father of Dynamite.” At the time of his invention many lives were lost using nitroglycerin, a highly unstable explosive…  going off at wrong times killing many people around setting an explosion.

Alfred thought dynamite would help in the construction of canals, bridges, buildings with a safer explosive….but many countries had different ideas on how to use his invention…for war. Thousands of lives were lost in  European and American wars using dynamite as the main explosive to kill the enemy.

Few of us will ever get to hear, much less read, our own obituary, but, through a reporter’s error, Alfred was able to do just this. It changed his life.

In 1888, Alfred’s brother, Ludvig, died while visiting Cannes, and a Paris newspaper mistakenly published Alfred’s obituary. The article announced that “The Merchant Of Death is dead.”

“Alfred Nobel,” the obituary reported, “who became rich by finding ways to kill more people faster than ever before, died yesterday.” Nobel was stung by this criticism because, however unlikely it may seem, he had pacifist leanings.

On 27 November 1895, at the Swedish-Norwegian Club in Paris, Nobel signed his last will and testament and set aside the bulk of his estate to establish the Nobel Prizes, to be awarded annually without distinction of nationality.

After taxes and bequests to individuals, Nobel’s will allocated 94% of his total assets to establish the five Nobel Prizes.

“The whole of my remaining realizable estate…shall constitute a fund, the interest on which shall be annually distributed in the form of prizes to those who, during the preceding year, shall have conferred the greatest benefit to mankind.”

The interest earned for the five prizes would be apportioned equally between physics, chemistry,  medicine, literature, and peace.

Shewan suggests that we use the time given us from Covid19’s “Global Pause” to write our own legacy…how we would like to be remembered by others…and then start living our legacy to the fullest every single day.

Brooke sent me this verse she saw on Facebook yesterday because she knew intuitively I would be drawn to it… I was…and I am.

So until tomorrow…If we live life like this verse (below) endorses…I don’t think we need worry about our legacy.

“The beautiful thing about life is, that we will never reach an age where there is nothing left to learn, see or be; it’s magical really.”…

Haircuts for Jake and Eva Cate…it got so hot yesterday that Jake had his hair taken off and his shirt! 🙂 Eva Cate decided to go on the ‘wild side’ and get crazy green glitter with her hair-cut…Halloween can’t be far away! 🙂

And speaking of Halloween I can not agree more with this cartoon in our local paper Wednesday…It has gotten almost too scary and crazy to even turn on the television any more. ???????????????????????

Still…my garden brings me hope for a better tomorrow…my trusting conversations with God. God be with us one and all. 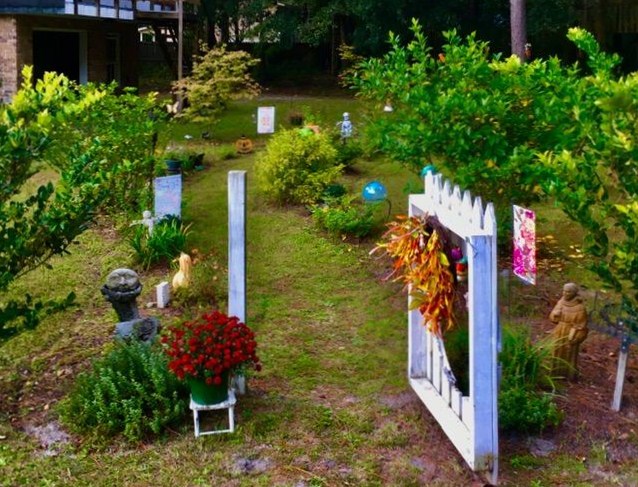