What Makes It Hard…Your Life Mattered! 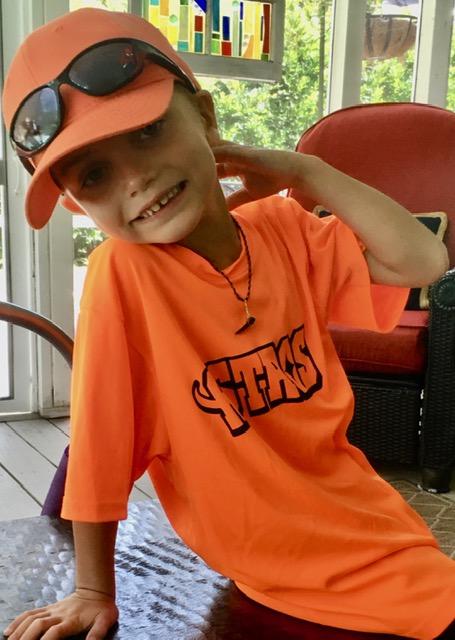 In a story I was reading earlier in the week the main character had recently lost her mother in a tragic accident. She kept waiting for time to heal….but, unexpectedly, a memory of her mother would reappear out of nowhere and she would achingly realize…’I will never get over my mother not being here.’

“It’s so hard (she would pray to her mother silently) but then, I guess, that means you mattered so much to me. It shouldn’t be easy.”

Truer words were never spoken…if the passing of a loved one, particularly someone who had a large influence over our lives through many growing stages, is lost to us…it shouldn’t be easy to forget them.

Particularly parents and grandparents…I realized a long time ago, after my own mother’s passing, that I would still momentarily forget that I couldn’t call her up any more for advice, or sharing laughter or even sorrow.

At first I thought that I would miss sharing a “bad day” with her more than a happy occasion. I, however, acclimated to handling troubles on my own faster ….surprisingly to me…it was the joyous occasions when I missed calling mother the most. I wanted her to be happy, proud, or excited with me over some good fortune that had come my way.

I felt the same way when my beloved mother-in-law, Dee-Dee passed too…she was such a huge influence in the grandchildren’s lives that I knew she would want to be part of all the ‘happy occasions‘ that befell  her grandchildren too.

I wonder, sometimes, as I now have reached ‘grandmother’ status’, exactly when does an individual’s thoughts turn to making memories out of moments?

Do we just wake up one day and realize how precious time is and how important it is to share it with family? To make memories, not for just us, but more importantly for the adult children, and grandchildren to take with them into their future lives!

Jake has participated (the past few weeks) in a coronavirus modified t-ball schedule. Everything else he had planned to play this summer was cancelled….so this first-time athletic game has become his greatest joy!

He got right with the program…wearing his shark tooth good luck charm, putting his sunglasses on over his baseball cap (thought that looked cool) hitting the bat on the ground three times before hitting the ball off the T and later (as I got to witness Tuesday evening) hitting his first pitches from the coaches…helping the little ones start making the transition into baseball…just a little.

I had promised Jake (when the season began) I would make a game and the season was down to the wire…Suddenly the rains came right before the game Tuesday at 6…and we were  afraid the game would be cancelled. At the last possible moment, however,…the thunderstorm cloud departed, a nice breeze picked up and the game was back on. I could keep my promise to Jake.

Of course I was the grandmother yelling and running around taking photos…Jake would come over from the dugout where John, Mandy, Eva Cate with her umbrella and I were spread out on our folding chairs and come talk to me. After one such occasion…the cutest little fella sitting beside Jake walked over (after Jake went to hit) stared at me and said, “Hey lady…is Jake your grandmother?”

I was trying so hard not to laugh and hurt the little fella’s feelings…that I think I was snorting! I just nodded and smiled and he waved good-bye. When Jake was on third …closest to where we were sitting…he stopped and waved to me each time. Nothing…but nothing can top these moments. It was well worth the trip!

Eva Cate is into Tick Tock and was surprised that (being old) I even knew what it was….I have to admit watching her perform in the Tick Tock music videos was a lot of fun. Eva Cate is really into drama more than ever…hope she can get in an art or performing school, even camp, at some point growing up. She loves dressing up and entertaining.

I was so glad I got to help out…Mandy went to get her hair done for the first time since the virus…and returned feeling like a new woman…so pretty…Eva Cate and Jake thought so too. 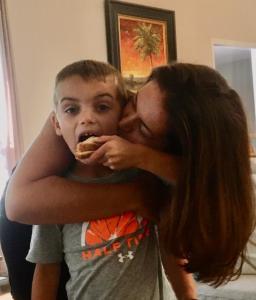 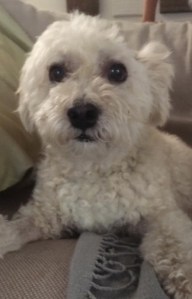 Tigger’s surgery is healing and soon he will have fur again covering his “boo boo owie” on his head….he’s come a long way. We “oldsters” have to hang strong Tigger…proud of you!

We watched baby turtles swimming across the pond near the Turners and admiring the scenery. When I got home…it rained “cats and dogs” just long enough to grab some buckets to collect rainwater…it was over in about ten minutes…not too much rain in the buckets…another ‘fast hit’ and move out summer shower. Still..I will take whatever we get. 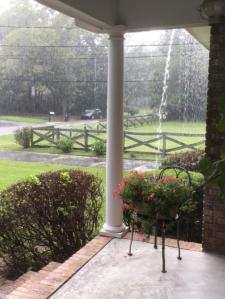 So until tomorrow…Let’s all strive to make it “hard” not to be remembered by our actions and love here on earth.

2 Responses to What Makes It Hard…Your Life Mattered!