Yesterday I was watching a cooking show and the instructors announced that it was World Emoji Day...(Actually the show must have been taped early and then shown early because World Emoji Day is tomorrow…Friday, July 17!)

However, since ChapelofHopeStories.com is always on the “cutting edge” of all things that come under the category of  “technology” (I hope you are picking up on my sarcastic wit :)} I decided to push it up a day early myself.

I wanted to find out who was responsible for putting emotions and faces and objects in texts, emails, Facebook…and all other technical communication devices.

It actually started because one young Japanese man realized that the technical gadgets for communication in the 1990’s didn’t have a place for emotions…and that is extremely important in communication.

(Weren’t we just talking about that with our “snail mail” post earlier this week?)

So what about emojis, the little pictures that make texting so fun? Those were created in 1998 by Shigetaka Kurita, an engineer at the Japanese phone company, NTT Docomo.

He was working on a way for customers to communicate through icons. The result was a set of 176 icons he called emoji. The name combines two Japanese words: “e” (picture) and “moji” (character). Kurita says that he drew inspiration for his emojis from manga, Chinese characters, and international signs for bathrooms.

In Japanese culture the written language is taken seriously and snail mail letters are long and worthy of one’s hat box…filled with wisdom, respect and honor of  loved ones in the family.

He soon realized that digital communication—whether it’s email or, at the time, pagers—robbed human beings of the ability to communicate emotion.

*“In Japan this is particularly important, as snail-mail letters have a tradition of being long-winded, full of honorifics, and emotional messages of goodwill. With digital, you ended up robbing people of this more personal aspect of communication, resulting in a relationship breakdown and miscommunication, that Kurita wanted to fix.”

Now, more than 1,800 emojis exist. Americans especially love using them. The best part? We don’t need to tilt our heads sideways to understand them like the old emoticons.

*Going back to the cooking show…the chefs, yesterday, made sugar cookies and cakes honoring this special day.

The cooking show had asked viewers to send in their favorite emojis and was sharing them with the audience. I started thinking what my favorite was and also…which one I have used the most frequently lately. Here is my favorite… but also my most “go to” emoji.

I hardly ever sign off a text without the thumbs up sign and a “blow kisses”  emoji.

But more and more these days I find myself using the ‘shocked’ emoji when signing off from texts…because I simply can’t think of any thing to say…(a sign of the times)…The world seems to be shrinking, bringing us all physically closer together, while simultaneously growing…with problems galore…separating us all.

***How about you readers? Do you have a special emoji that you like to use a lot? Is there a story or reason behind your selection…I would love to hear back about a favorite you have- after all TOMORROW is World Emoji Day! 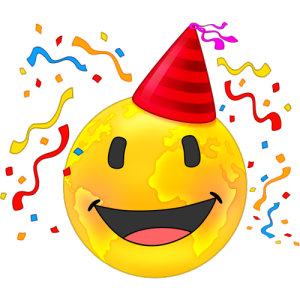 So until tomorrow…Let your emotions show….spread the love and celebrate life…even with all its puzzling problems!

Yesterday was Walsh’s last day of vacation…so the family had a boat outing…everyone had a terrific time!!!!!!!!!!!!!!!!!!! Take care Walsh returning to work…Love, Mom

Last night I thought I heard something on the porch and I was right…My pink-ribbon friend and elf, Harriett Edwards, was putting some things on the white bench….(One gift, of which,  she wanted to share the story behind….

It is a beautiful candle surrounded with  broken shells…she and Susan Gaston saw one in a gift shop at Edisto with a hefty price on it…along with a symbolic message…They decided they could make their own for free. The idea of the candle with the broken shell fragments is that even when we struggle with obstacles like broken health, or broken relationships, or anything else life throws at us….the light of life still burns brightly. I love it.

Harriett and I are definitely pink ribbon “boxers” – we have gone so many rounds between us…I think surely we are in the Boxers Hall of Fame for longevity…even without ever getting a complete knock-out of our opponent-“little c.” We just keep showing up for the fight.

*Neither one of us is content with just being a “survivor“…whatever that means living with cancer…we won’t settle for anything else than being a “thriver“- living life to the fullest with all its beautiful mess.

Thank you from the bottom of my heart Harriett! 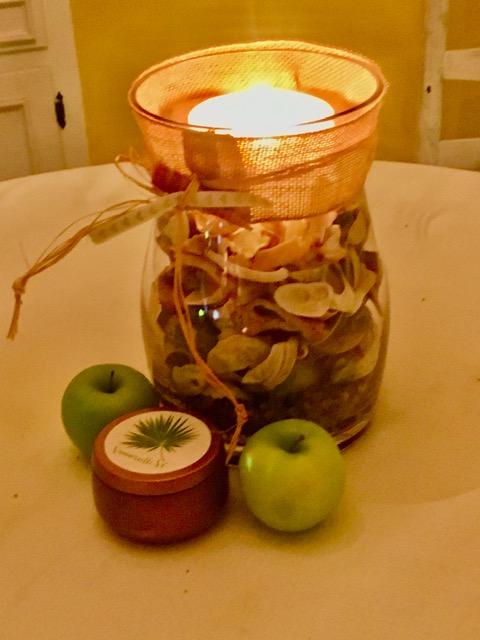