History Repeats Itself in Board Games

It is interesting to realize… if we ever take time to research the history behind many famous children and adult board games… that there is a common core stemming from their origins. They all emerged from challenging situations historically.

One example, of course, is the game Monopoly and how it was a way to live in a fantasy world during the Great Depression with the hope of getting rich on a board game…while in reality the players had lost most of their economic jobs, hopes and dreams.

I made a personal startling observation while writing this blog and that was the fact that my mother was born in 1919 in the midst of the great Spanish Influenza and I was born thirty years later in the midst of the worst stage of the Polio epidemic. A case of history repeating itself.

Some of my earliest memories dealt with staying home in the summer and not being allowed in public pools or camps because of the spread of polio.

I remember being terrified of seeing children my age inside one of the “iron lungs” on black and white television…I had nightmares over that for a long time!

Years passed and we moved to Laurens, SC (in the sixties) when I was 14…I became a Candy Striper (volunteer) at the local hospital.

I still vividly remember helping give out sugar cubes to prevent polio one Saturday at a nearby high school in Gray Court.

The origin of the still popular children’s board game, Candy Land, was created in direct correlation of the polio epidemic. Here is the story behind it. 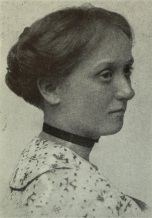 It was created by Eleanor Abbott, a retired schoolteacher, who contracted polio, and found herself in a polio ward during the epidemic of the 1940s and ’50s.

(The outbreak  forced children into extremely restrictive environments. Quite similar to today’s restrictions.)

In 1948,  Eleanor Abbott invented Candy Land while recovering in a San Diego hospital. Abbott had been diagnosed with polio and during her convalescence she was surrounded by children suffering from the same disease. The experience inspired her to create a game that would entertain children during a painful and lonely time in their lives.

Patients were confined by equipment, and parents kept healthy children inside their homes for fear they might catch the disease. Candy Land offered the kids in hospital wards a welcome distraction—but it also gave immobilized patients a liberating fantasy of movement.

Children of the era faced an unenviable lot, whether infected with polio or not. Gerald Shepherd provides a glimpse of the paranoiac atmosphere of the polio scare and its effects on children in his first hand account of his San Diego childhood in the late 1940s, at the height of the epidemic. Quarantine and seclusion were the most common preventative measures:

Our parents didn’t know what to do to protect us except to isolate us from other children … One time I stuck my hand through a window and badly cut myself, and despite several stitches and wads of protective bandaging, my father still grounded me that week for fear polio germs might filter in through the sutures.

Kids his age were well aware of what polio could do. “Every time one of our buddies got sick,” Shepherd recollects, “we figured he was headed for the iron lung.” If you caught polio, you would be committed to a hospital with a chance of being forever anchored to a machine. If you didn’t catch it, you would be stuck indoors for the foreseeable future (which, from a child’s perspective, might as well be forever).

On the original board game …the little boy starting out on the adventures through Candy Land wore braces to show the history behind the game….

Later the braces were removed from the boy’s legs and never seen again.

The COVID19 pandemic we are going through today is different in the sense of its widespread global effects but still history teaches us how quickly we forget our own personal history with viruses…and how few generations have escaped their impact.

We also forget how similar the “protective measures” were and still are before a vaccine is discovered to eradicate a potentially crippling or deadly virus…  quarantine, seclusion and isolation.

We forget too how early vaccines with polio did not work…in fact they made matters worse for the first groups trying them out…until a sweet cube of “sugar” cured the disease…in the end it was just a “spoonful of sugar” that made the medicine go down and eventually cure the polio virus.

Today we, too, must not jump too quickly on the first vaccine without substantial trials…or we might end up with the same initial adverse reactions. We must always learn from history.

Won’t it be interesting to see if some creative person invents a board game for COVID19….time will tell?

“Today is my favorite day” Winnie the Pooh

I finally found the right place for the newest garden tin plaque…on the back door window on the deck…decorated with a ‘vine of flowers. ‘ Now the plaque will be safer from the elements and last longer!

4 Responses to History Repeats Itself in Board Games