Even though the reality of this summer, 2020, will not be like other summers…minus camps,  family vacations, summer sports…there is still, for me, a sense of nostalgia just saying the word “summer” from my childhood memories.

…Except for one year in elementary school. Upon reflection I was either a slow learner (or perhaps the light just hadn’t dawned on me until the last day of school in May when I was eight years old in the third grade.)

To “kill time” that last half day of school, Miss Johnson was reviewing different things we had learned….(well kinda learned for me) like simple multiplication (which was never simple to me) and fractions.

She was trying to make a fun game of it and giving out prizes but I didn’t care about that (it was just pencils and erasers anyway-nothing I was interested in)…I was just ready for the bell to ring…marking the end of school and FREEDOM!!!

I remember distinctly, in my childhood innocence during the first early grades, that I thought we went to school 6 months and then had summer vacation for 6 months…seemed fair to me…half and half! I mean I knew there were 12 months in a year, could recite them in order, and even spell them…but obviously I had failed to grasp the concept of the “division” of school vs vacation.

Miss Johnson had now switched over to the calendar and was calling on us to spell the months and recite them in order…I actually volunteered to name all the months since I could memorize pretty good…it was the application that gave me problems.

I got my pencil/eraser prize and started watching the clock again…we were supposed to get out at 11! Just ten more l-o-n-g minutes!

It was then that Miss Johnson  dashed my innocent childhood forever. She asked a student to come up and pick out the three months that made up summer vacation. Freddie Jones picked up the three month squares containing  June, July, and August. Everyone clapped for him… except me.

NO!….he was wrong…there was supposed to be six months of summer…why was everyone clapping? The bell finally rang and among squeals and shouts the kids trampled each other flying out the door.

But I stayed behind…and timidly tapped Miss Johnson on the shoulder as she sat wearily behind her teacher’s desk.

“Freddie wasn’t right, was he Miss Johnson…I mean about the three months of summer vacation…don’t we get six?”

Miss Johnson stared at me as if asking herself how could I possibly ask that question…how little I must have learned…but quietly she responded:

“Becky, the summer months are June, July, and August…we get out the day before Memorial Day (like today) and return to school the day after Labor Day the first week in September.” She was holding up all the months signs as she spoke. As I continued to just stare at her in disbelief…she tried one more time…”Becky, after all it is called “Summer vacation, isn’t it?” 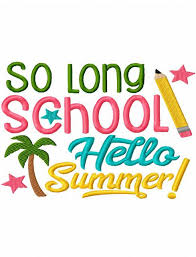 I nodded meekly, she wished me a wonderful summer, and I left third grade with my shoulders drooping and tears filling  my eyes.

Then suddenly I became angry…“How could this be…what a RIP-OFF! Nine months of school and only three months off for vacation?”

Still, even after that awakening...summers still seemed to last forever for several more years…don’t you remember that from your childhood?

It was only (many years later) when I was sitting in the Big Desk that I realized just how short summers really were and “Little Becky” was right to complain! 🙂 (Big Becky wanted more time too!)

Yesterday was our longest day! I set my iPhone alarm for 5:44 p.m. to go off during Rutledge’s party so we could all give a loud cheer out to the summer solstice- welcoming summer….

We had such a great time! A special Rutledge birthday where the rains held off for most of the activities and the evening ended with Walsh, Poogan, Rutledge and Jake taking a dip in the Wando river off the pier….while a rainbow reflected off the waters. 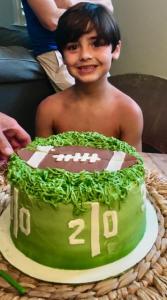 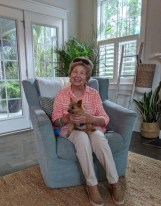 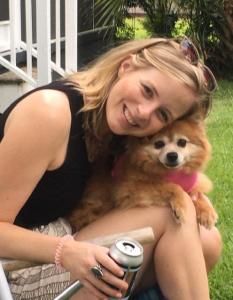 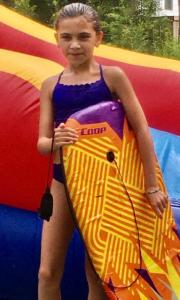 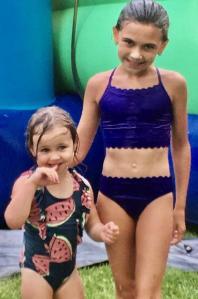 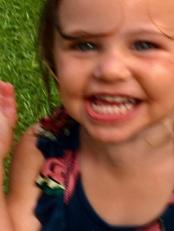 To end the evening…we all went down to the dock and watched Poogie swim with Walsh…her favorite thing to do…but soon Rutledge and Jake decided they didn’t want to be left out…so they jumped in the river too…suddenly a rainbow appeared in the sky and the perfect family gathering had ended on a beautiful note. My heart was so full…I had so missed being with all the family!

So until tomorrow…I can think of no better way to spend the longest day of the year than celebrating time and a birthday with family! 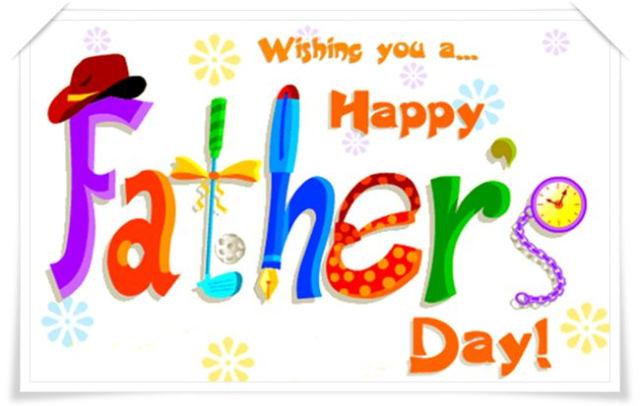 Happy Father’s Day to one and all…have a beautiful day!

2 Responses to Summer is Here!