Another mid-winter retreat that stands out for me from the rest was the legend of the Pawleys Island Shell. I remember the year was 2017 and I did some research before we left looking for local historical places we had not gone to or stories we had not heard. 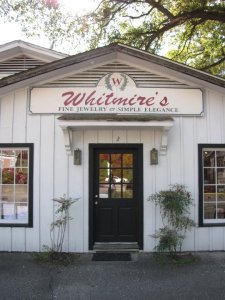 Suddenly the Legend of the Pawleys Island Shell came up and I started reading. Every year we go to the famous Hammocks Shops to hang out and usually pick up some sales items to bring home.

I had always seen Whitmire’s Fine Jewelry Shop but had never associated it with a legend about a Pawleys Island Shell before…I was intrigued.

I discovered that the story begins with John Whitmire leaving the Piedmont/Mountain regions of the state to move to the coast many years ago. He immediately began acquainting himself with his new surroundings by taking long walks on the beach and collecting a variety of shells. He was looking for something indigenous to the area, so as to make a beautiful piece of jewelry, something to connect with the magical island…an exquisite memento (he could design) for tourists.

When he kept finding some particular shells that he could not identify…he began asking “home-grown” inhabitants of the Pawley’s Island area what they were. Most people shrugged and said, “Oh that is our Pawley’s Island shell.” He knew he had found what he was looking for.

He experimented until he had created the beautiful pieces one sees immediately upon entering Whitmire’s Fine Jewelry shop. Then he advertised his new addition to his jewelry collection and the rest is history. 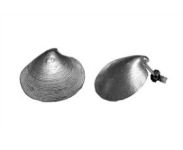 I don’t know if the owner, John Whitmire, will be in this year or not…I usually miss him as he likes to ski with friends around this time of year but in 2018 he was in and we finally got to talk and had a wonderful time conversing.

I told him his middle name should be Rumpelstiltskin since he had learned how to turn Pawleys Island sea shells into gorgeous one-of- a- kind memories for tourists visiting the island.

So until tomorrow…No two retreats (among all ten) have been the same…it is what keeps the gatherings exciting…seeing and doing new things while enjoying the comforts of old friendships.