The True Story Behind the “She Shed” Commercial

Figured this was just a good leisurely day (very little rain/overcast and relatively cool) to have some fun with this commercial…that has become a popular icon already with the question being asked “Who burned down Cheryl’s “she-shed?”

America is having fun with this question with all kinds of opinions coming in…one funny idea was shared by my friend Harriett Edwards on Facebook….indicating it was not lightning as the husband initially declared…

Some think it is Buddy… the bad elf! 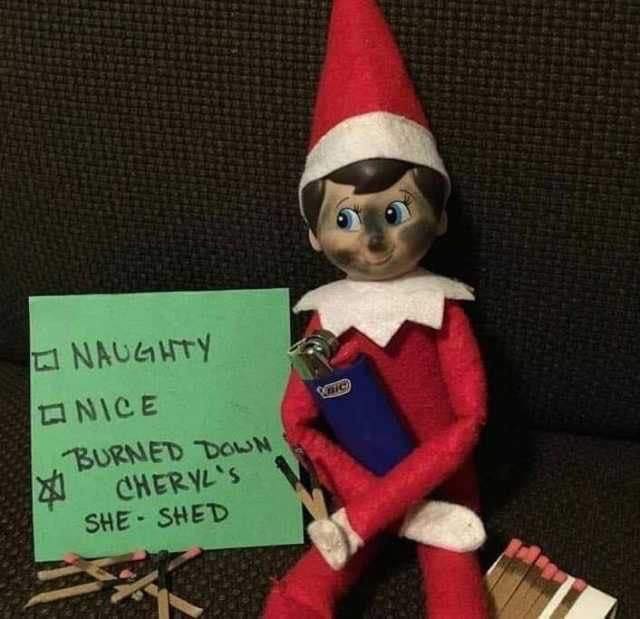 The actress, Nicole Butler, who won the audition for playing Cheryl …re-calls how it all started…a call for an audition about a burned down “she-shed.” The actress said she didn’t even know what a “she-shed” was so she looked it up. She later wrote….

“What the heck is a she shed? I wondered.

A quick internet search revealed that a “she shed” is the female equivalent of a “man cave,” only instead of being inside the house, it resides in the backyard.

Cool, I thought as I scrolled through Pinterest, nodding my approval at the array of brightly colored, creatively decorated sheds. Moments before, I hadn’t even known that she sheds were a thing and now, to my artsy eye, they’d become #goals.”

Nicole got a second call back and then was selected…they shot some of the scene with props in the Rose Bowl Stadium and the back yard of a nearby home. The fire was watched closely and a lot of Hollywood magical lighting effects went into making the lights on their faces look like reflections of the fire. It was a fun commercial to make.

Nicole had no way of knowing that this commercial would attract such an audience for State Farm insurance. These days people stop, point, and yell “She Shed” at Nicole…she takes it in stride and laughs along with them.

*The majority of people think  the culprit is her husband, Victor, who hates the ‘she shed’ …. but doesn’t want anybody checking for arson…so he tries to convince Cheryl that lightning struck it. To his dismay Cheryl is deciding to build an even bigger she-shed.

Since this commercial went viral… sales of ‘she-sheds’ have dramatically risen…. someone came out smelling like a rose.

*What about you? Who or what do you think burned down Cheryl’s “she-shed”…a fun question for another long waiting day for Dorian!

So until tomorrow…“Laughter is the best medicine but it still doesn’t replace chocolate! “

More pretties in the garden…waiting too to see what happens….

The Mexican sunflowers are now at their happiest. A variety of colors… 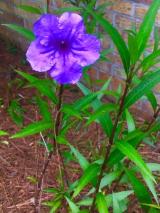 *I got all my running around done earlier yesterday morning and by noon it was time to tuck “Surcie” in for the duration of the storm. Tommy and Kaitlyn helped clear the garage to make room for Surcie…”Take advantage of the storm Surcie and rest…you know how Boo loves to drive you around the lowcountry each and every day!” 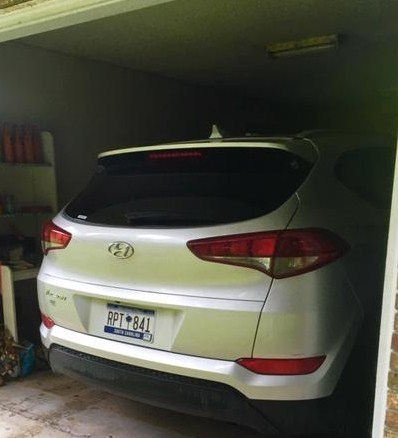 As of late afternoon yesterday when I finished this blog we had very little rainfall…a quick shower now and then but mostly it remained cool, cloudy, and overcast…almost fall weather…quite delightful actually. Closer to the coast I think it was pretty much a rainy day all day from the outer bands of Hurricane Dorian…s l o w l y approaching.

Summerville should feel more of the impending storm during the night and early morning hours…with the bulk of the storm descending early afternoon…but then all that is subject to change…this is one very unpredictable massive storm.

But the weather made for a cozy, readable day…just wondering and waiting…but being in my Happy Room always comforts me. Luke and Chelsey came over and we had cookies from Azalea Magazine recipes and Luke helped me get all my flashlights working…though I do believe I have enough candles to light the Vatican! 🙂 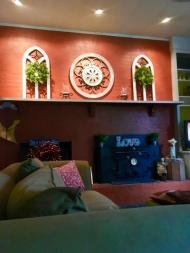 Beautiful ending…to another day in waiting…. 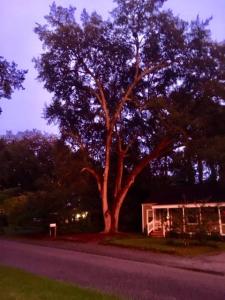 Today is D-Day....Dorian Day...will fill you in as it transpires! *But if there isn’t a post tomorrow…it is because of power shortage….my neighborhood electricity has a reputation for going off with one big puff.

3 Responses to The True Story Behind the “She Shed” Commercial