Trusting in the Flow of the Universe

Seeing things the way they really are and coming to terms with our day-to-day reality can only transpire when we embrace acceptance.

Yesterday morning when I walked into my Happy Room...the sunlight was shining in the window…lighting up the cross and then I noticed that “Little Rabbit” had been in the flower arrangement; apparently falling out at some point (perhaps when I was watering and not paying attention.)

There he was…half hiding behind a long green stem … my reality shifted…from a lost rabbit figurine to the reality of the visibility of a beloved object ..an object that had (in reality) never been lost in the first place.

The reality of “reality” is that it is subject to illusions of reality. Acceptance is the answer to most of life’s problems…but acceptance must accompany trust…the hard part of the formula for most people. 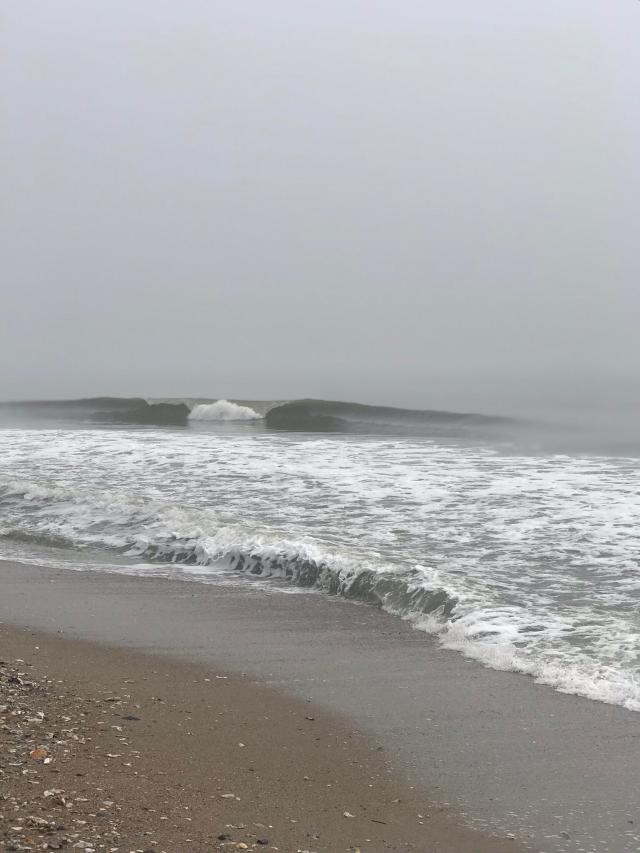 Most of you are already aware of my ‘dolphin story’ from the fall of 2008. I had been recently diagnosed with a treatable but incurable breast cancer and had started chemo infusions that summer. By early fall I was worn down and tired…I also couldn’t sleep.

I was at Edisto Beach with Brooke and woke up early as usual back then…I put on my sneakers and headed to the beach. There was no beautiful sunrise to comfort me…only a thick deep veil of fog…still I needed to walk to try to clear my head of the fog inside…from the scary feelings of “What now lies ahead?”

There was just one other couple barely visible in the murky mist.  I was already tired by the time I had walked to the second set of jetties. The tide was coming in…so only the last large flat rock was still visible above the waves crashing in.

As I wearily sat down…I was only aware of the cries of sea gulls and the far off laughter of the young couple down the beach. Then suddenly I felt something before I saw it…a huge presence loomed in front of me…spiraling upward seemingly forever…while staring down at me with the most gentle accepting smile. It was a dolphin fishing among the jetties.

In that fraction of a second as the dolphin and I locked stares…I knew immediately what the message he carried within him was...”All is right with the world…everything is just the way it should be…all is right with you.”

The sense of peace that enveloped me in that moment has never left me…I knew then that I still didn’t know what the future held…but whatever it was…it was just the way my life was supposed to unfold.

This fall it will be 11 years since this amazing sighting…11 years…the dolphin was right...”My life is just the way it should be.” We must trust in Something or Someone bigger than ourselves to keep the flow of life alive within us.

I love the passage from “The Tao of Pooh” by Benjamin Hoff.

“Things just happen in the right way, at the right time. At least they do when you let them, when you work with circumstances instead of saying, “This isn’t supposed to be happening this way,” and trying hard to make it happen some other way.

If you’re in tune with The Way Things Work, then they work the way they need to, no matter what you may think about it at the time. Later on, you can look back and say, “Oh, now I understand. That had to happen so that those could happen, and those had to happen in order for this to happen. . . .”

Then you realize that even if you’d tried to make it all turn out perfectly, you couldn’t have done better, and if you’d really tried, you would have made a mess of the whole thing.”

I went over to check on Fuzz first thing yesterday morning and was glad I did…old possum had eaten the food out of her bowl and knocked another empty bowl into the water bowl…so poor Fuzz had neither food nor water.

After straightening everything out…I sat in a chair and prayed for a beautiful day of unexpected opportunities  in Vickie’s lovely garden…Fuzz came and jumped up in my lap and  we stared ahead at our own reality…together.

When I came across this unique “fog bow” I just had to stop and admire it…the photo was taken on Isle of Palms, SC.

2 Responses to Trusting in the Flow of the Universe