The Best Expressions While Shelling Peas

I think some of the most colorful expressions  I ever heard or learned came from Grandmother Wilson, some female cousins, and neighbors who would gather under an oak tree (outside the back screen door off the porch) in the hot weather to catch some shade while they shelled and snapped peas.

This favorite past time, spent in the summers with these ladies, was my own personal introduction to the world of idioms and axioms. It, sadly, is a world that no longer exists in the rural south.

Even though I was only around seven or eight probably at the time it was easy to figure out these old-fashioned rural farm expressions by the stories being told around them. When I look back on these times I now realize that the vast majority of these expressions originated from every day experiences living on a farm and growing cotton and vegetables side by side while still maintaining the traditional flower bed.

While waiting in line at the bank the other day…I caught just enough of one elderly gentleman’s remarks to the teller that brought back one of these funny expressions. The gentleman was explaining that his bank account had “gone to seed” since his great- grandson went to college and he was helping him with some of the expenses.

(“Gone to seed“….I hadn’t heard that expression since my childhood “shelling” sessions with grandmother and her neighbors. It all came flooding back…)

I can still picture the scene…half-broken wooden chairs placed in a circle in the shade around the oak tree…collenders and buckets sitting beside each chair and seemingly endless bags and bags of peas waiting to be shelled and beans to be snapped. But what made it fun were the animated conversations going on….mostly gossip!

I distinctly remember one gossip session because it made me laugh so hard…the women were gossiping about some lady in the little country Presbyterian church (Friendship church) that grandmother and the family attended. Apparently this lady had recently lost her husband and was desperately in search of another…so she tried to “paint” her hair (as they called “coloring” back then) turning it perfectly orange.

She had apparently tried to hide it under a big hat but to no avail from the congregation’s hawk eyes. There was a lot of snickering going on before the pastor started the sermon in which he, too, was having a hard time controlling his merriment…and disguising it with frequent coughing sessions…his grin hidden under  a big white handkerchief.

One “sheller” proclaimed that the poor woman, not only was not going to find her a man with that orange “clown” hair…but she had also let herself “go to seed” and there was no way to put the bloom back on the flower after it had fallen off and “gone to seed.” All the women were nodding in agreement… as if in unison.

Dictionary: “Go to seed” After a plant has flowered, it falls apart, sending its seeds into the soil. As the plant dies, it ‘goes to seed’.

Another “sheller” might laugh and call out a name of some man in the church who might have this poor woman, orange hair and all…the name sent everyone laughing in hysterics…because unfortunately (but apparently) this gentleman had buck teeth so bad…it was expressed like this….“He could eat corn through a picket fence.”

Any time the women decided some man was ‘gitting too big for his britches’ in his high opinion of himself …they might use the expression…”He thinks the sun comes up just to hear him crow.”

On farms (not just in the South) roosters usually crow when the sun rises. Their vociferous habit wakes up the house, signaling time to work.

Looking back nostalgically on these times spent with these pioneer stock “women” in my life…I am thankful for the life lessons I learned from their difficult lives making meager incomes while raising large farm families…the price of cotton in any particular season was the number one topic….it controlled the quality of their economic lives. 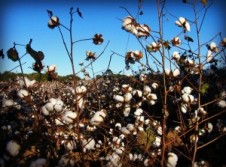 Summer after summer hope never died while shelling peas…surely this would be the year they would all be living in “high cotton.” For many…it just remained a dream but these staunch believers never lost their faith.

I do remember Grandmother always checking my little crimson Sunday-go-to meeting dresses in the long mirror in the hall to make sure they weren’t “catawampus” on me before we left for service….that was a big “no no” back then….ladies made sure their Sunday dresses and little girl frocks came down long enough and were hemmed perfectly straight.

So until tomorrow….Let us remember that “Traditions are the stories that families tell together.” It is important to remember even small memories from our time with those who came before us and loved us. Laughter is one of the my fondest traditions to pass down.

Another unique tradition for me that I hope I can safely pass down one day (in the not so near future 🙂  is “Little Big Red”….we must keep him going… no matter what! 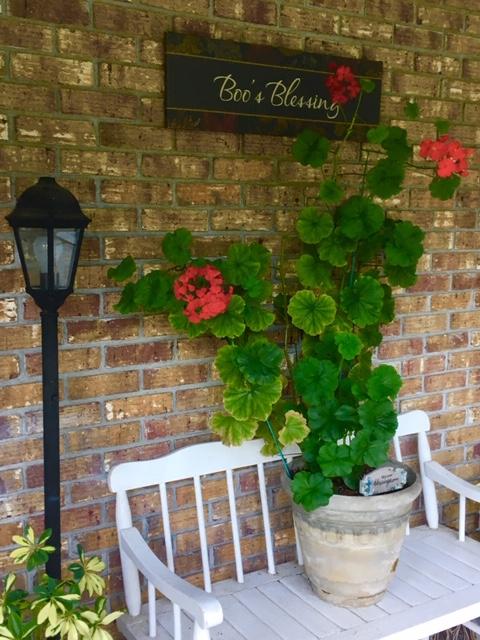 2 Responses to The Best Expressions While Shelling Peas