The Land of the Free… because of the Brave 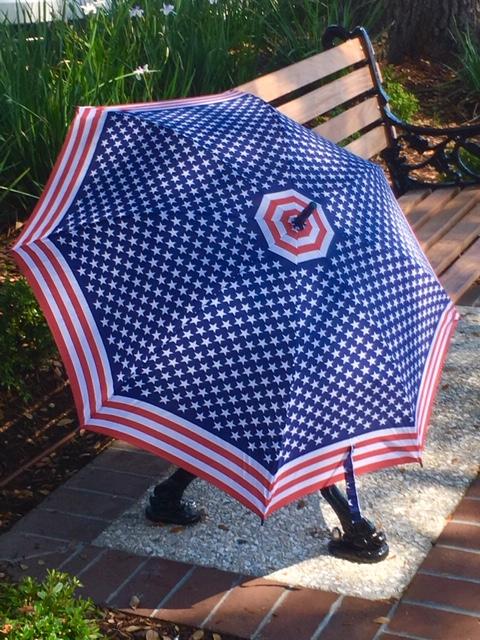 When I came across this Guidepost Memorial Day Remembrance story it took me back in time. One thing I am very glad about is that I don’t have to be a teenager again…in this life time. Isn’t it one of the most difficult confusing stages in a person’s life? (And not just for the teenager…but everyone else around him/her.)

Suddenly being seen with family is not “cool”…but trying to fit in with the “scene” in a world according to other teenagers is no picnic either. This crazy, mixed-up time in our lives can send us swirling in many different directions simultaneously. If it is bewildering to our family (wondering what happened to this person they thought they knew) it is equally as trying to the teenager living it. Thank goodness it doesn’t last too long in the big picture…neither the one living through it or their loves ones could take much more.

In our true story today…one sixteen-year-old girl is pouting because she can’t go hang out with the crowd at the lake on Memorial Day…instead everyone in her family is expected to attend the town’s parade and support their grandmother who lost a young son in World War II…simply known to her, vaguely, as Uncle Bud.

The teenager distances herself from being seen with her family and partially hides behind an oak tree where hopefully no will recognize her in the crowd. She hides her ten cent Benjamin Franklin dime store American flag…it looks too silly and juvenile.

It isn’t until she is back home amid all the usual special meals and festivities (baseball games) going on that she comes across the true meaning of freedom and sacrifice through her beloved grandmother. She discovers the meaning of the word “Hero.” 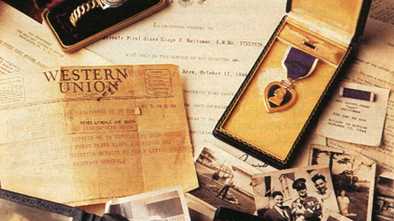 …”Mema,” I asked, “what’s a hero?” Without a word she turned and walked down the hall to the back bedroom. I followed.

She opened a bureau drawer and took out a small metal box, then sank down onto the bed.

“These are Bud’s things,” she said. “They sent them to us after he died.” She opened the lid and handed me a telegram dated October 13, 1944. “The Secretary of State regrets to inform you that your son, Lloyd Heitzman, was killed in Italy.”

Your son! I imagined Mema reading that sentence for the first time. I didn’t know what I would have done if I’d gotten a telegram like that.

“Here’s Bud’s wallet,” she continued. Even after all those years, it was caked with dried mud. Inside was Bud’s driver’s license with the date of his sixteenth birthday. I compared it with the driver’s license I had just received.

A photo of Bud holding a little spotted dog fell out of the wallet. Jiggs. Bud looked so pleased with his mutt.

There were other photos in the wallet: a laughing Bud standing arm in arm with two buddies, photos of my mom and aunt and uncle, another of Mema waving. This was the home Uncle Bud took with him, I thought.

I could see him in a foxhole, taking out these snapshots to remind himself of how much he was loved and missed.

“Who’s this?” I asked, pointing to a shot of a pretty dark-haired girl.

“Marie. Bud dated her in high school. He wanted to marry her when he came home.” A girlfriend? Marriage? How heartbreaking to have a life, plans and hopes for the future, so brutally snuffed out.

Sitting on the bed, Mema and I sifted through the treasures in the box: a gold watch that had never been wound again. A sympathy letter from President Roosevelt, and one from Bud’s commander. A medal shaped like a heart, trimmed with a purple ribbon. And at the very bottom, the deed to Mema’s house.

“Because Bud bought this house for me.” She explained how after his death, the U.S. government gave her 10 thousand dollars, and with it she built the house she was still living in. He had always promised me that one day he would build me a house…and he did…only in a different way than we thought.

“He kept his promise all right,” Mema said in a quiet voice I’d never heard before.

For a long while the two of us sat there on the bed. Then we put the wallet, the medal, the letters, the watch, the photos and the deed back into the metal box. I finally understood why it was so important for Mema—and me—to remember Uncle Bud on this day.

If he’d lived longer he might have built that house for Mema or married his high-school girlfriend. There might have been children and grandchildren to remember him by.

As it was, there was only that box, the name in the program and the reminiscing around the kitchen table.

“I guess he was a hero because he gave everything for what he believed,” I said carefully.

“Yes, child,” Mema replied, wiping a tear with the back of her hand. “Don’t ever forget that.”

I haven’t. Even today with Mema gone, my husband and I take our lawn chairs to the tree-shaded boulevard on Memorial Day and give our three daughters small American flags that I buy for a quarter now at Ben Franklin.

I want them to remember that life isn’t just about getting what you want. Sometimes it involves giving up the things you love for what you love even more. That many men and women did the same for their country—that’s what I think when I see the parade pass by now.

And if I close my eyes and imagine, I can still see Mema in her regal purple hat, proudly waving down at the family from the float, honoring her son, a true American hero.

So until tomorrow…“Sometimes when you sacrifice something precious, you’re not really losing it. You’re just passing it on to someone else.”
― Mitch Albom, The Five People You Meet in Heaven 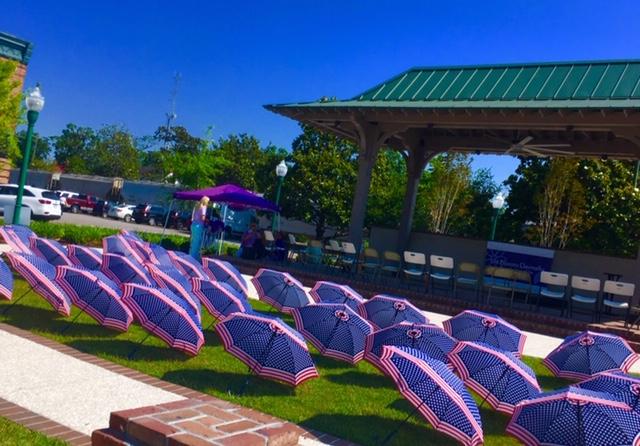 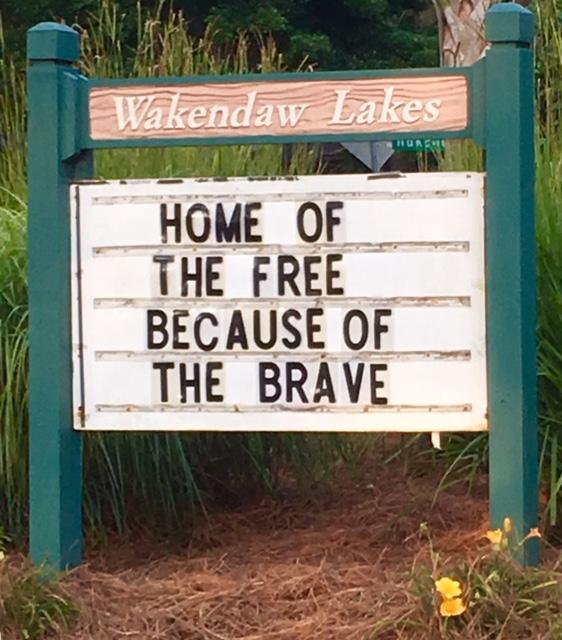 In record breaking temperatures…100 degrees in Summerville and very close in Mt. Pleasant…on this Memorial Day the celebration must go on and go on it did! All the small flags were gone Saturday as I hunted for them for the grandchildren and finally I found four headbands with flags and I took four hero red noses from Walgreens to represent the heroes who died for our country on this special day of remembrance. Even the dogs got in the fun. And we did have fun! 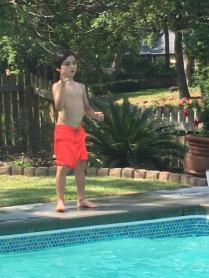 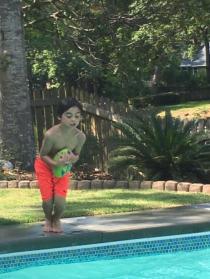 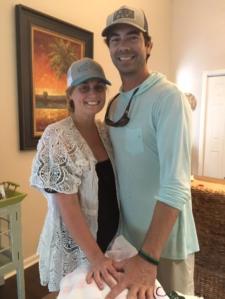 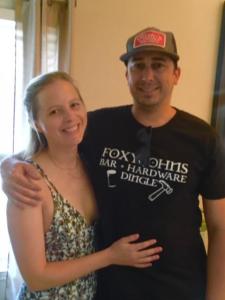 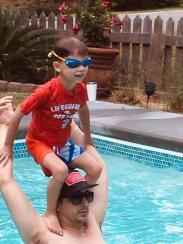 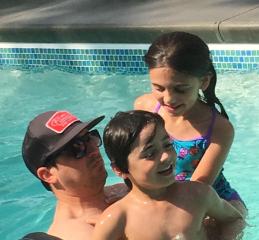 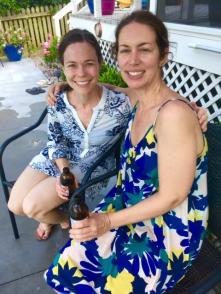 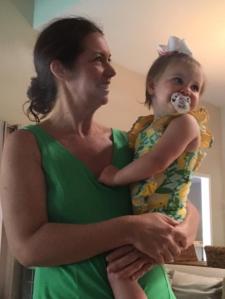 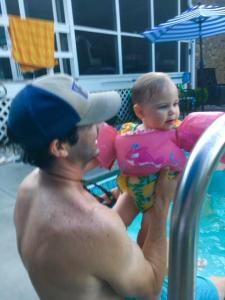 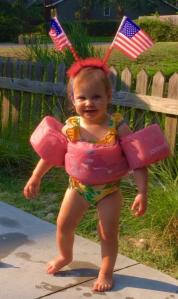 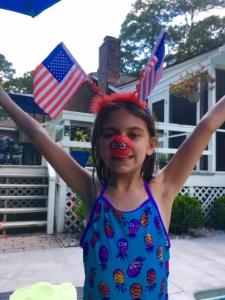 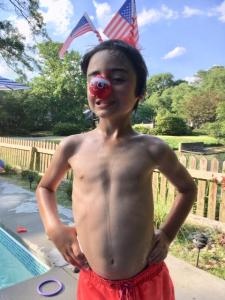 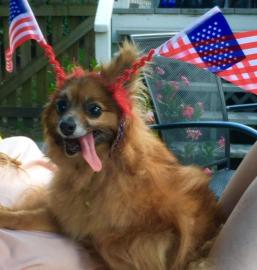 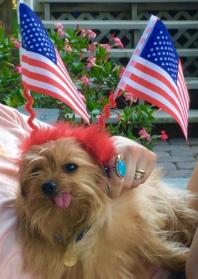 (PS Neither dog was about to pass out from thirst…they both had bad experiences in a puppy mill and lost all their teeth so their tongue falls out….but now they both have a loving home with Tommy and Kaitlyn!) 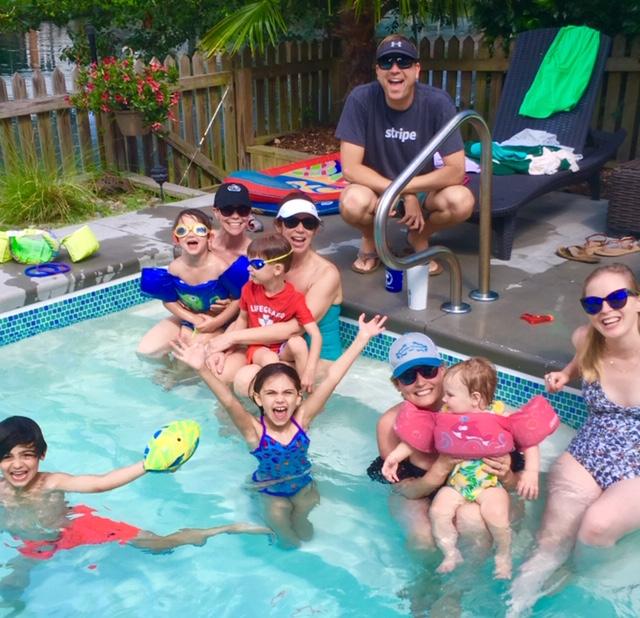