The Gift of Reading 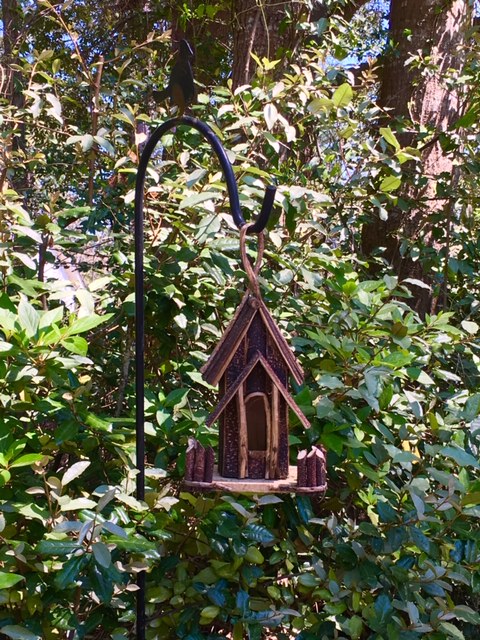 I decided yesterday afternoon to switch some birdhouses around…I felt like the “Little Chapel in the Woods” bird feeder needed to look like it was in the woods. By moving it from the front window to the side bushy area by the “Bottle Tree” the chapel looks like it really is in the deep foliage of  a wooded area. (The same as the real St. Jude’s Chapel of Hope looks)

And now I have a clearer view of the “Yellow” bird feeder out by my den window …it is larger and can hold bigger birds flying by. 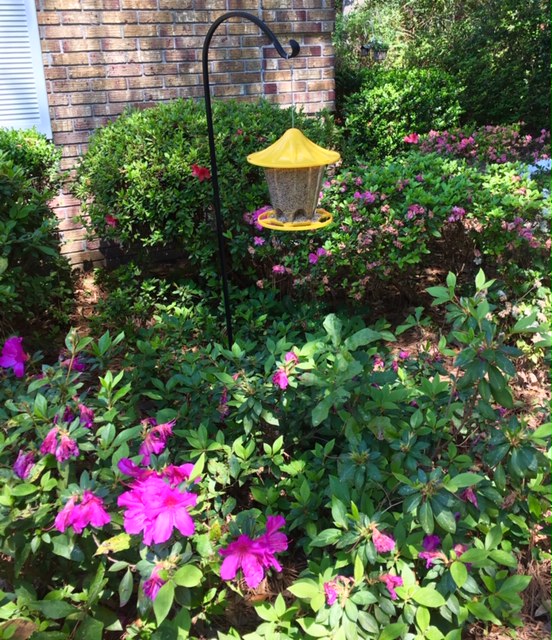 The only other time I have felt this same feeling is when I return and/or (as Thomas Kemper wrote) read a book.

“Everywhere I have sought rest and not found it, except sitting in a corner by myself with a book.”

Lately my daily ritual has been to try to finish any errands, appointments, and/or housework by dinner time so I can sit in my recliner and read the evening hours away. It is my happiest time of the day…so restful and peaceful. 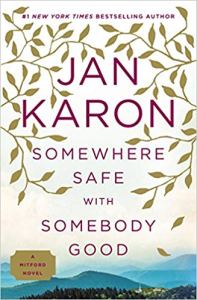 I consider reading to be a miracle in itself….when we think back to a time when there were no books I simply can’t begin to imagine a life without them. So when I read this touching, heart-warming excerpt from Jan Karon’s Father Tim series (Somewhere Safe with Somebody Good) I knew I had to share it with you.

Coot Hendrik is a character that we all know and love…there is a “Coot” around everybody…the person that most of us grew up knowing …the most recognizable man in a small town. He may be that person who runs a deli or a gas station…is friendly to a fault, funny without knowing it and would give you the shirt off his back. He is also illiterate.

In the fictional town of Mitford, NC, Coot’s name one day, is mentioned in the local paper as having gotten five votes for being a “town fixture” and a lot of the locals are stopping by and letting him know they saw his name in the paper.

Coot is beyond excited! Nothing like this has ever happened to him before. Even his mama mentioned it to him. He grabs the newspaper and runs to the local book store to ask Father Tim (who is filling in for the owner) to read the article to him again slowly…especially the part with his name in it.

Father Tim does so and Coot finds his name and uses his finger to go over it again and again. Suddenly he asks Father Tim, in a voice filled with wonder, “What is a “town fixture?”

Father Tim takes him over to a big dictionary on a stand and starts looking up the “F’s” until he finds the word  fixture and then he explains to Coot that he is “invariably present in and long associated with this town.”

Coot grows thoughtful….to think he has discovered two things about himself he didn’t know…and they make him feel like he really belongs. Not only belongs in Mitford but he feels special, singled-out…something  he has never felt before and oh how he basks in its warmth.

Father Tim then tells Coot that his name is also in this big book they are looking at together…this dictionary. Coot can hardly contain his joy.

“It’s the name of an aquatic, slow-flying , slate-colored bird of the rail family, resembling a duck.”

Coot is so overcome he wants to “borry the book” but Father Tim explains that he can’t let him haul that big dictionary away but that he has a paperback dictionary he will just give him.

This little story ends with Coot going into see his mama, ‘proud as punch’ to show her his name. He can tell she has already dipped a little snuff. He forgets to even take off his jacket in his excitement.

His mama looks at him kind of suspicious and wants to know why his name is popping up everywhere all of a sudden.

Coot assures her that the preacher man told him that his name was always in this book and and was “always gon-be in here.”

Coot explains that he is named after a duck…and his mama says she never heard of such…he was named after his gran’daddy …“not no duck.”

But later that night…he admits to himself that he likes being named after a duck, a name in a book that is the same as his…but he won’t ever mention it again…it will always be his secret.

“He took the book and set it on the mantelpiece where he could see it from ‘nearabout’ anywhere in the room. His name was in a book!

This episode leaves off with Father Tim searching the computer for an adult literacy program. I am only about a third of the way through the book but I would ‘bet my bottom dollar’ that somehow, someway Coot is ‘gonna’ learn to read.

I read this section right before I left for Mt. P yesterday…my Friday jaunt…and I was still in such a wonderful sense of being when I got there. The medicated bandage supposedly over the wound this past week had slipped….apparently the leg hadn’t been wrapped tight enough my nurse commented…but still the wound looked good.

Dr. Stroud said it was 99% there but he wanted 100%. I told him I was a retired school teacher  and I didn’t want to settle for a 99 either with 100 right within reach…it needed to be completely sealed. With that said…my nurse assured me that she was going to be filling out the orange folder this upcoming week… which is the “release and good-bye folder” …ready for me next week  to sign off.

So it is happening…and I find myself now at peace with everything …I wouldn’t be moving around at all without this wonderful, caring staff that has become like a second family. I really wasn’t ready to say good-bye yesterday….next Friday just feels right. March will go out with me marching right out too… with probably tears in my eyes and a thankful heart!

“Yes, difficult for sure! But as I’ve been told and often shared with others, we must believe that so often in life our disappointments are “His appointments”…and from this comes not only a learning of patience (if we remain teachable) but many other good gifts we cannot see as yet…Blessings!” (Lynn, you were right!)

So until tomorrow…Let’s all take time to encourage reading in an age where so many other technological venues deter children from this miraculous entrance into the new frontiers of knowledge and imagination.

And everyday let’s make it our job to recognize someone we meet in our daily routines with a compliment or a word of encouragement….everyone needs to feel special now and then. As God’s children we are all special all the time!

*God must have known that the laughing hysteria Gin-g and I had Thursday worked so well He chose nurses to help Gin-g through the preliminary tests yesterday with great senses of humor…where she found herself laughing again. She wants to thank everyone for their prayers…they worked…she now has the hard part ahead…waiting to hear back to see what the tests discovered and if the surgery will still be on go. Let’s keep her in our continued prayers. 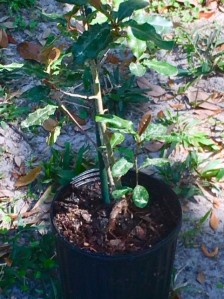 As soon as I got home yesterday Vickie and I headed to Dukes for some barbecue and then over to Hollow Tree Nursery…Vickie was looking for some more “tractor seat” plants and guess what…When we asked Lisa about the new red tip bush/tree with the clusters of red berries…she said that she just called it the oriental red tip…and sold one to an elated Vickie for five dollars! 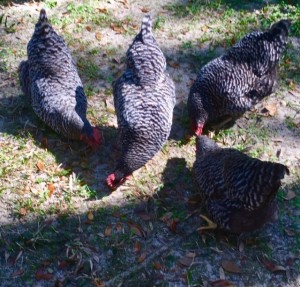 We also stopped by a Feed and Seed and got Luke and Chelsey’s chickens some treats…the “girls” were over in Vickie’s back yard when we got home…they love it there too and Vickie loves having them…. they got their treats!

***Today is the day! Come one, come all…surprises await…you might even recognize people you know or think you do in some paintings…presenting their best side…their back side. No other clues available at this time! Come see for yourself! 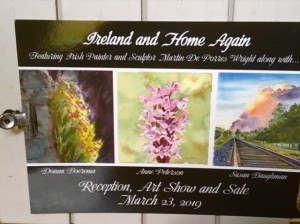 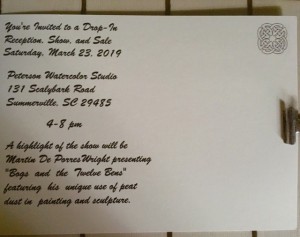 6 Responses to The Gift of Reading