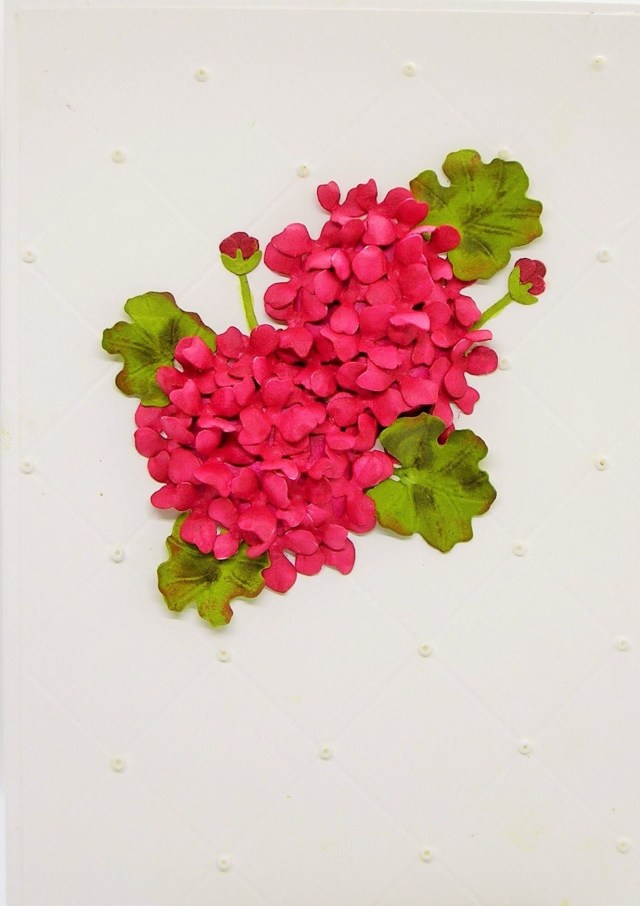 Much needed God winks continue to blink, especially during these late winter dreary gray days with intermittent rain forthcoming. Compared to the weather around the rest of the nation ( snow blizzards, floods, droughts)  I know I should be down on my knees remembering Paul’s second letter to the church at Thessalonica…”In everything give thanks.” (And I do believe everything covers dreary gray days!)

I remember hearing or reading once that the most life-altering/forming  times are usually found during the ‘dull in-between times.’ How true…we actually function better during busy times, expectant times, or even in crisis times. It truly is the “dull in-between” periods that bring on bad cases of the “blahs” and test our faith more than ever. 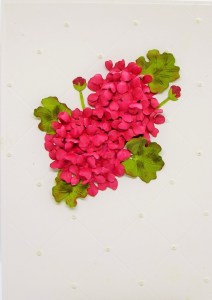 But these trying times have a flip side…we are more open to signs and winks… than at other self-satisfied occasions. Our loyal post reader, Beverly Parkinson, shared with me her latest self-created note card called “Geranium Power.”

Of course I fell in love with it and bought it off Etsy under her “Lateblooming Designs”  home logo. (*Do go and check out these beautiful creative cards)

*You might remember Beverly sent me another special homemade note card in memory of “Big Red” the geranium soon after he passed away. I treasure it so much.

I am definitely a believer in “Geranium Power.” Since the first red geranium plant appeared mysteriously on my front porch the day I returned home from my first mastectomy at the end of May, 2008…life has changed drastically…for the better…and I have two red geraniums to thank for that…

The red geranium from the anonymous benefactor back in May, 2008 lived for over a decade bringing me, neighbors, friends, and even you readers hours of pleasure at its beauty. It survived heat, drought, bitter cold on the front porch on the white bench where it reigned supreme for a decade. In the end it was “Big Red’s” over-abundance of giving that killed it…when the gorgeous giant blooms became too top heavy and pulled the roots out before the damage (too late) was discovered.

“Big Red’s” fame grew with each passing year to the point that cars would stop going up or down the street and point towards the porch telling a visitor the story behind the beautiful geranium that bloomed year-round  (24/7) for a decade without stopping.

Today I still have memoirs from “Big Red” that I keep…a box with a breast cancer card letting the plant know that it kept “hope” going for me during some tough times…if “Big Red” could keep going…then so could I. Today in a special box I decorated I placed the remains of its leaves that I dried out and have kept inside the box. 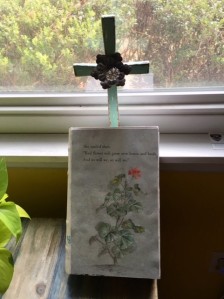 I now need to correct an earlier mistake….”Big Red” did cease to live…but not before my amazing young neighbor, Chelsey, (Luke’s wife) took 9 cuttings and spread them out all over (inside and out) of her home. Only one cutting survived…but that is all it takes…it is the direct clone of “Big Red” …in a very real sense…resurrected again.

He looks more and more like his “father” as he has shot up to amazing heights in the few short months since we all witnessed his “miracle birth.” Chelsey placed the “fledgling geranium” in a beautiful bowl and then we placed him on top of the original “Big Red”s planter pot. (For good luck) It worked! 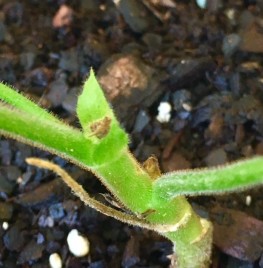 Only a few short months later… the results are amazing. I took a photo of “Little Big Red” yesterday after I placed the geranium back on the bench after cleaning the white bench with peroxide while “Little Big Red” got some natural rain water to drink…the best kind of nourishment.

Chelsey and I are already talking about the big, big pot we are going to get him for his final home…he has already outgrown the beautiful blue bowl of Chelsey’s and is in the intermediate orange bowl…and will soon to be transferred to his final home. 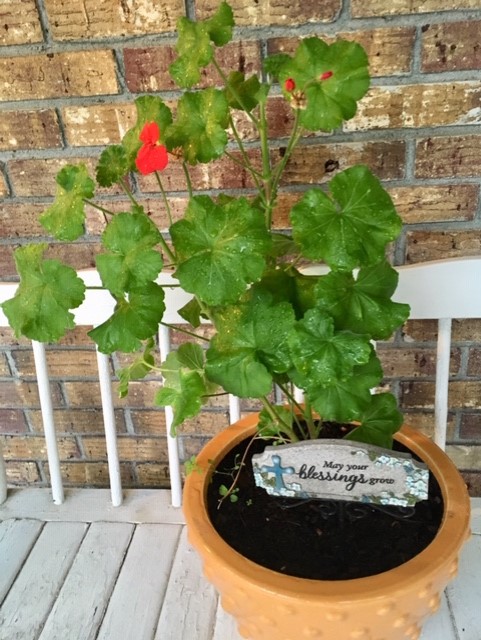 Then watch out world…”Here comes “Little Big Red”…not just a ‘chip off the old block” but actually a “clone” off the original “Big Red.” He is filled, not only with “geranium power” but God’s power…faith and hope!

So until tomorrow, with “Little Big Red” around, I will always be able to follow Pascal’s advice:

“You should always keep something beautiful on your mind.” 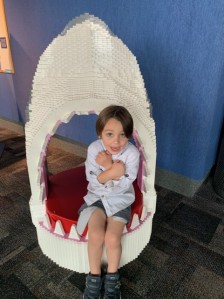 All the information is below…Hope to see many of you there this afternoon/evening. 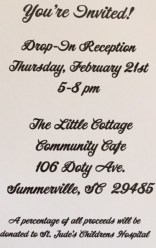