The Face of God Reflected in Us 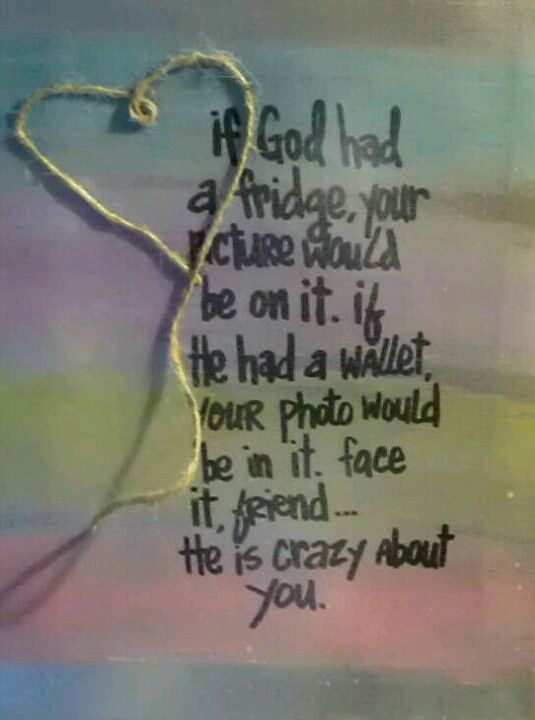 Max Lucado  shares a free sample from one of  his books titled Because of Bethlehem, Every day a Christmas, Every Heart a Manger.

In it the sample contains an anecdote that touched me and brought home once again how God’s divine spark is found in each of us….On ancestry.com… no matter the region, culture, race, or color we are all connected as children of God…we all share human DNA.

So when we go looking for the face of God… think about Mary staring down at her baby for the first time. “Gaze where Mary gazed. Look into God’s face and be assured. If the King was willing to enter the world of animals and shepherds and swaddling clothes, don’t you think he’s willing to enter yours? He took on your face in the hope that you would see his.”

Would you like to see God? We see Him everyday when we experience those “Aha” moments that leave us slightly bewildered but amazingly happy because we witnessed an act of God. What an amazing act of God is played out in the following story shared in the book.

“In 1926  Dr. George Harley founded a medical mission among the Mano tribe of Liberia. The locals were receptive to the doctor and helped him construct a clinic and a chapel. Eventually Harley treated more than ten thousand patients a year. During the first five years, however, not one person from the tribe visited his chapel.

Shortly after the doctor and his wife arrived, she gave birth to Robert, their first child. The boy grew up on the edge of the forest. “He was the apple of our eye,” Harley later said. “How we loved our little boy! But one day when he was almost five years old, I looked out the window of the medical dispensary and saw Bobby. He was running across the field but he fell down. Then he got up and ran some more and fell again. But this time he didn’t get up. So I ran out and picked up the feverish body of my own little boy. I held him in my arms and said, ‘Bobby, don’t worry. Your daddy knows how to treat that tropical fever. He’s going to help you get better.’ ”

Dr. Harley tried every treatment he knew. But nothing helped. The fever raged, and in short order the disease took the boy’s life. The parents were distraught with grief. The missionary went into his workshop and built a coffin. Harley placed Robert inside and nailed the lid. He lifted the coffin on his shoulder and walked toward the clearing to find a place to dig a grave. One of the old men in the village saw him and asked about the box. When Harley explained that his son had died, the old man offered to help him carry the coffin.

Dr. Harley told a friend what happened next: So the old man took one end of the coffin and I took the other. Eventually we came to the clearing in the forest. We dug a grave there and laid Bobby in it. But when we had covered up the grave, I just couldn’t stand it any longer . . . I fell down on my knees in the dirt and began to sob uncontrollably. My beloved son was dead, and there I was in the middle of an African jungle 8,000 miles from home and relatives. I felt so all alone.

But when I started crying, the old man cocked his head in stunned amazement. He squatted down beside me and looked at me so intently. For a long time, he sat there listening to me cry. Then suddenly, he leaped to his feet and went running back up the trail through the jungle, screaming, again and again, at the top of his voice, “White man, white man— he cries like one of us.”

That evening as Harley and his wife grieved in their cottage, there was a knock at the door. Harley opened it. There stood the chief and almost every man, woman, and child in the village. They were back again the next Sunday and filled the chapel to overflowing. They wanted to hear about Jesus…the man with God’s face who could cry. Everything changed when the villagers saw the tears of the missionary whom they considered a “god” of sorts to them for his medical expertise.

Everything changes when we see the face of God. He came with tears too. He knows the burden of a broken heart. He knows the sorrow this life can bring. He could have come as a shining light or a voice in the clouds, but he came as a person. Does God understand you? Find the answer in Bethlehem…find the answer in an infant.

So until tomorrow….Think about all the imaginary images of God we have seen depicted by the world greatest artists and sculptors…“But never in mankind’s wildest imaginings did we consider that God would enter the world as an infant. Jesus entered our world not like a human but as a human.”

Think God doesn’t understand you….think again. He was you.

*Kaitlyn called yesterday and surprised me with a visit to Summerville. We had a chance to talk and find out what is going on in our lives….between Christmas and the holidays it seems like time has just flown away…

Kaitlyn helped me pick out some new sunglasses….am sure all the children are happy about that…and a new pocketbook which I needed also….but mainly just the pleasure of eating, shopping, and being together….Thanks Kaitlyn for coming! 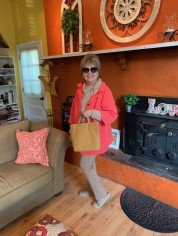 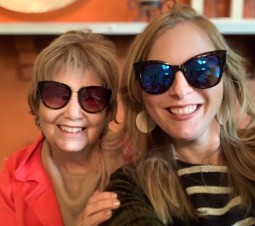 2 Responses to The Face of God Reflected in Us