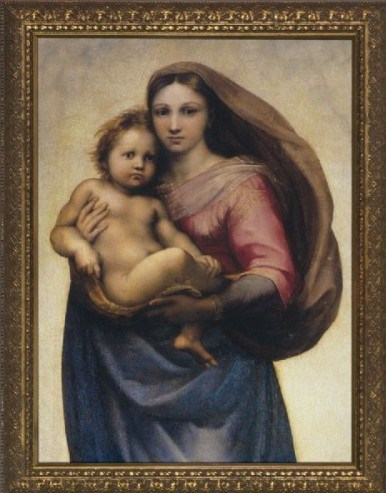 I read an excerpt from Quinn Caldwell’s Christmas devotion ( All I Really Want) about the role of Mary in Jesus’ life and it made me pause and think about this epiphany more studiously. Basically it was the fact that lots of men and women knew Jesus and were a part of his life for a short or extended period of time…but it was only Mary who traveled the whole distance with her son.

“They call her the queen of Heaven. She earned it. She’s the only one. She’s the only one who was there at both the beginning and the end. Joseph wasn’t. Peter wasn’t. Judas wasn’t. The shepherds and the wise men and the animals weren’t.

Not Caesar, Pilate, Caiaphas, the Centurion, the thieves, or the crowds. She was the only one who was there for his first breath and his last. The only one who went all the way with him. 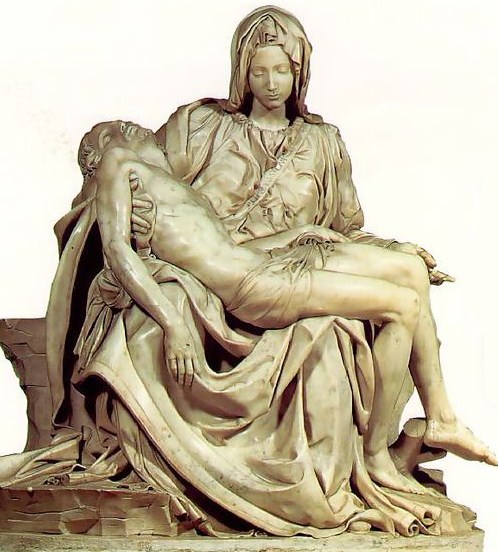 There’s nothing so terrible as the death of one’s own child. It appears to go against the order of the universe. It is such a terrible thing to even contemplate that we don’t even give it a name. People who have lost their spouses are widows or widowers; people who have lost their parents are orphans. But for those who’ve lost a child, we have no name. We fall silent in the face of tragedy of that magnitude.

God knows what it is to lose a child just as surely as Rachel does. Nothing this side of heaven is going to take away the pain for those whose children have died, but at least we have a God who knows what it is like. It might not be enough. But it’s something.”

So until tomorrow…Thank you Father for the people in our lives who go the distance with us…not just when things are going well…but when they aren’t. Thank you for people who “show up” for life…good or bad.

It’s time to plant the pansies…the wonderful little bright flowers that bring color to winter…Luke helped piece the barrel back together again…another spring I will need to look into finding another one! 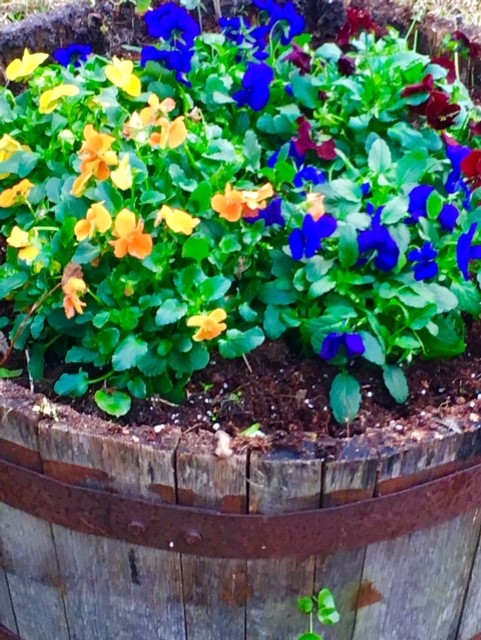 6 Responses to Mary Went the Distance…