Christmas and the Magic Pencil

A good friend of mine, Brooks Moore, a (mostly) retired educator after 45 years in the “business,” sent me a copy of his book titled: Chalk Talk: 30 Stories that will touch your funny bone and heart.

Vickie works at the golf club a street down from us and she said Brooks gave her a copy of his book signed and inscribed…he asked Vickie to give it to me. On the way to my appointment last Friday I read some of the true stories aloud to Anne and this one touched both our hearts. Hope you enjoy.

As a first-year teacher Brooks was excited about his first Christmas classroom party with his students. He had bought refreshments out of his own pocket but it would be worth it to give his students a celebration on the last day of classes before the Christmas holidays began.

Just before the party started a young male student by the name of Theoleonis asked if Mr. Moore would step out in the hall with him. He needed to tell him something. Theo was an African-American student who had five siblings and a difficult home situation, but still he worked diligently and never gave up.

Once outside in the hall Theo told Mr. Moore that he was too embarrassed to give his gift inside…he then reached into the back pocket of his tattered jeans and pulled out his gift… wrapped in newspaper and a red ribbon.

“Mr. Moore, this is for you, Theo said and I hope you can use it.” With trembling hands he pressed the gift into Brooks’ palms. With a lump in his throat Brooks opened his special gift and pulled out two #2 pencils. He then started to read Theo’s hand-written note. Tears started welling up in Brooks’ eyes because the note read: “To my favorite teacher of all time. Merry Christmas, Theo.”

Brooks opened the classroom door and let Theo back in…telling him he would be right back…he needed to get something else for the party. Instead he headed straight for the faculty restroom to wipe his eyes and try to get control of his emotions before returning.

As his eyes gazed over at the presents covering his desk… (once back in the classroom)…he already knew that Theo’s gift was the best one of all. It was then that Brooks said Divine Intervention must have struck him full force because suddenly he found himself telling the class that he had just received two magical  pencils from Theo and they would always have a special place on his desk.

They were never to be used or moved without permission. When the students returned from Christmas break he would explain how the magic worked. Brooks kept his word…on the first day back he reminded the students about the two magical pencils and explained the procedure.

Before any big test Theo was to go around the room holding the pencils while each student touched them for good luck. Brooks reminded the students that the magic in the pencils didn’t work, however, unless the student had studied and prepared him/herself for the test…this was the secret ingredient that released the magical power!

Theo went on to become a concrete finisher and had his own successful business. Years later, Brooks ran into him and told Theo that he was the reason why he had continued on in education.

He went on to explain how those two yellow #2 pencils taught him what his calling was…and it was Theo who lead him to it. Both men hugged and then went their own ways…both better for the experiences they had shared together.

So until tomorrow…Don’t ever get down thinking you aren’t contributing to the world in any significant way…all it takes is one thought expressed to another to change someone’s life. At Christmas all it took was one little baby, born in a manger, to change the world forever.

*I loved the idea of the pencils being magical…just like Christmas should be filled with magic too…because hope always walks alongside it. And most importantly…that hope gave Theo a way to achieve and find a friend (in a teacher) forever. 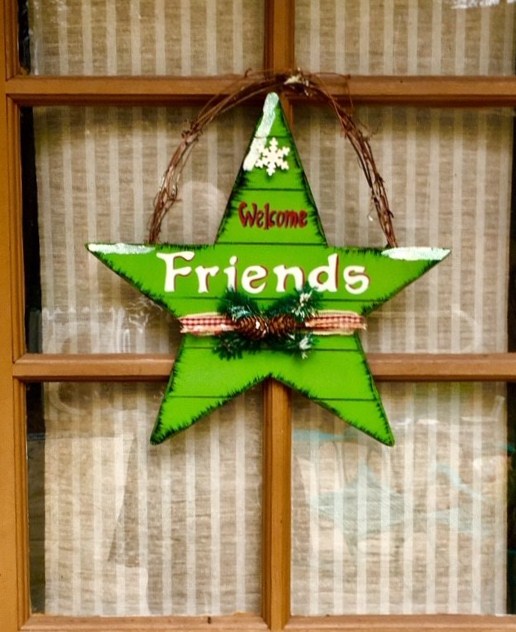 I got batteries put back in the pineapples and at night when I turn off all the lights except the Christmas tree and the pineapples…my happy place does turn magical. 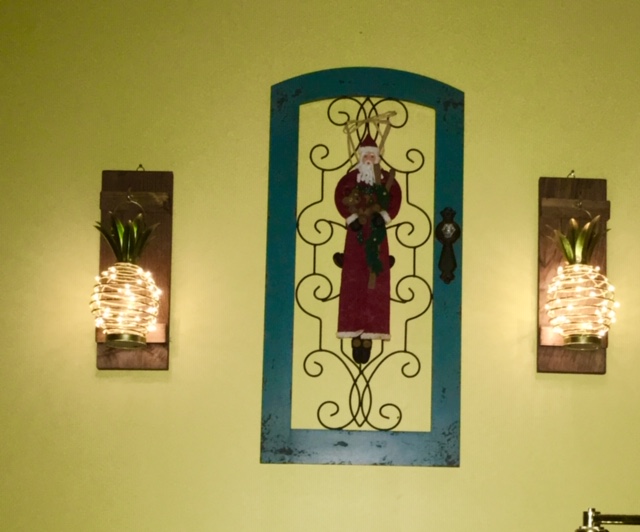 8 Responses to Christmas and the Magic Pencil