It All Began with a Turnip 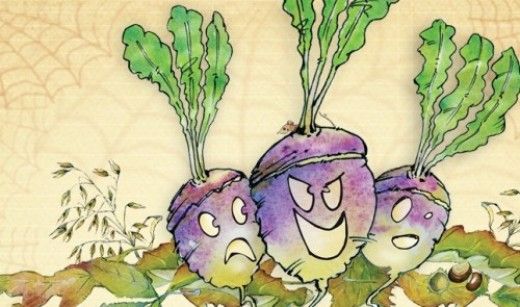 Everywhere you turn these days there are pumpkins, more pumpkins, and even more pumpkins for sale. Boone Hall has the largest “pumpkin patch” in the Charleston area (filled with food, drinks, mazes, and all kinds of games and hay rides.) I feel sure the grandchildren all will hitting it soon….if it ever cools down enough to enjoy it.

Little do the children (or adults) know that they have the lowly turnip to think for the evolution of pumpkins, jack o’lanterns, Halloween and all other fall celebrations. Yes…that little turnip most children turn their noses up to…is the catalyst to our love of pumpkins and carving them.

We also have to think a diverse group of our population for contributing to this festive time of the year….from the Irish, to the Scots, and even the French.

It was the English translation from the french explorer Jacques Cartier’s name for some big melons he discovered…that brought about the pumpkin’s name.

The History Channel tells how the lowly turnip was first used to ward off mischievous fairies and goblins on the last day of October.

We have pumpkins at morning and pumpkins at noon,
If it were not for pumpkins we should be undoon.”

Those lines, from a poem written by a Massachusetts settler in the 1630s, seem particularly appropriate at this time of year. Halloween is nearly here, so grocery stores, coffee shops and bakeries fill with pumpkin-flavored treats, from muffins to lattes to ravioli.

Modern Halloween comes from the Irish festival Samhain, an occasion that marked the passage from the summer harvest season to the dark of winter. Tradition dictated huge bonfires be built in fields, and it was believed that fairy spirits lurked in the shadows.

To distract these spirits from settling into houses and farms, people would carve rudimentary faces into large turnips, and set candles inside. The turnip lanterns would rest along roadways and next to gates, to both light the way for travelers and caution any passing fairies against invading.

Turnips are often far more grotesque than pumpkins, which is quite right as they are fundamentally about warding people off.

Children in Ireland and Scotland also used them, supposedly, as a lantern to help guide ancestral spirits home; they would walk door to door and offer a prayer for a dead relative in return for food.

The celebration of Halloween in America didn’t take off until waves of immigrants from Ireland and Scotland arrived in the mid-1800s. Pumpkins are native to North America, so while it’s not known exactly when the first pumpkin was carved and lit, the first mention of pumpkins jack o’lanterns comes at around the same time. In 1866, the children’s magazine “Harper’s Young People” reported that “a great sacrifice of pumpkins” had been made for that year’s Halloween celebrations.

Pumpkin carving grew more and more popular as the years went on. By the 1920s, Halloween had been embraced throughout the United States. Parties and costumes became the norm, and “trick or treating” soon followed in the mid-1930s.

By the Great Depression….the addition of trick or treating came into existence as a way to give children a small treat when sugar was an expense most families couldn’t afford…but for one night they saved up to help put a smile on children’s face….

This held true through the WWII years of the 1940’s when families saved their ration stamps for this one night each year…to give the children a happy night. 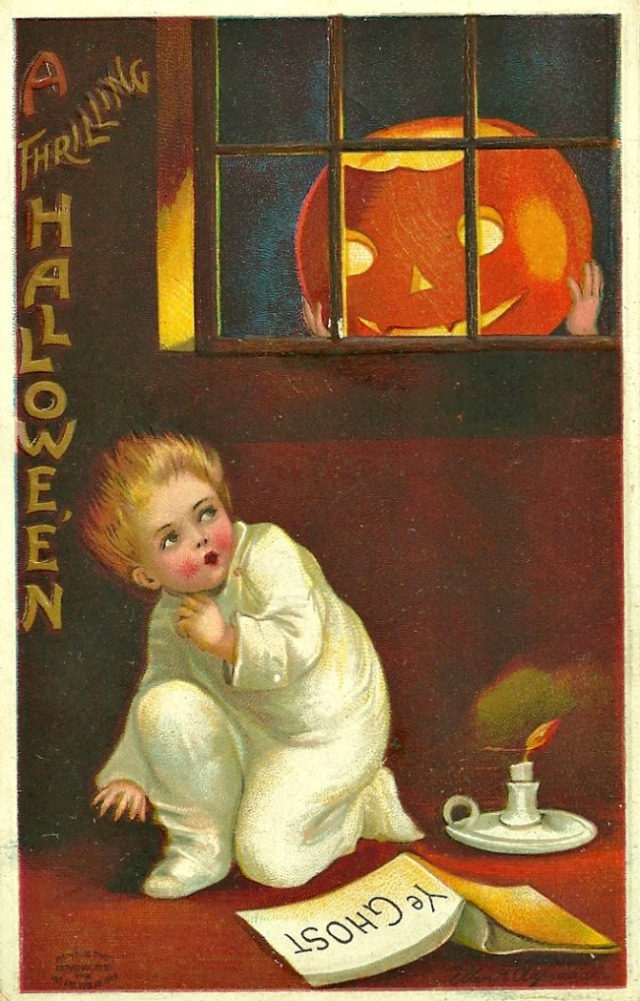 From the 1950’s on Halloween and Fall celebrations became more commercialized as television entered the average American home and today pumpkin carving has become an art form of its own.

I am bias….but this fun garden pumpkin (who guards the flowers from strange things that go bump in the night) is my favorite.

*For all of you creative pumpkin decorators or carvers….please share photos of your artworks with us….would love to include them on the blog this month!

So until tomorrow….Let us enjoy this season of beauty, fun, and creativity….and pray it doesn’t pass too fast! Also, don’t forget to eat your turnips…they can protect your health as well as your being.