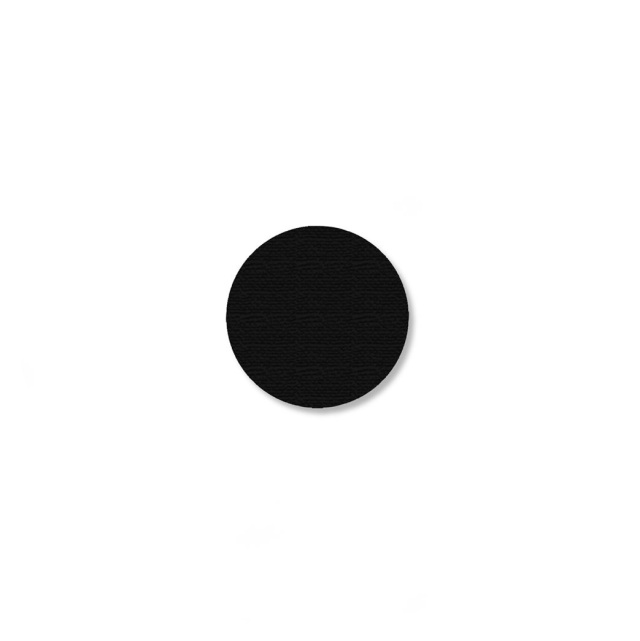 While throwing out a bag of old notebooks filled with curriculum coursework requirements from my educational graduate courses …a worksheet fell out of one notebook…and there was a white sheet with a black dot in the center.

How could I have forgotten that lesson? I was trying to remember the name of the course and failed, but I do remember it was the first activity we did in the class. From that first lesson on…I was captivated by the number of life lessons I took away from the course. Isn’t that the real merit of true education? The subject doesn’t matter or the designated content within a particular subject…it is the life lessons we take from it.

When I googled it…several variations of the story appeared and here is one that explains the rationale behind the assignment.

One day, a professor entered his classroom and asked his students to prepare for a surprise test. They all waited anxiously at their desks for the exam to begin.The professor handed out the exams with the text facing down, as usual. Once he handed them all out, he asked the students to turn over the papers.To everyone’s surprise, there were no questions–just a black dot in the center of the paper. The professor, seeing the expression on everyone’s faces, told them the following: “I want you to write about what you see there.”

The students, confused, got started on the inexplicable task.At the end of the class, the professor took all the exams, and started reading each one of them out loud in front of all the students. All of them, with no exception, defined the black dot, trying to explain its position in the center of the sheet. After all had been read, the classroom silent, the professor started to explain:“I’m not going to grade you on this, I just wanted to give you something to think about.

No one wrote about the white part of the paper. Everyone focused on the black dot – and the same thing happens in our lives. Intuitively we insist on focusing only on the black dot – the health issues that bother us, the lack of money, the complicated relationship with a family member, the disappointment with a friend. The dark spots are very small when compared to everything we have in our lives, but they are the ones that pollute our minds. Take your the eyes away from the black dots in your lives. Enjoy each one of your blessings, each moment that life gives you. There is more light in the world than darkness…so focus on the light.

What a great lesson! I kept my sheet and put it in my Save notebook to remember on the dark days that the black circle of trouble is diminutive in contrast to the light.

And speaking of life lessons…I learned something new yesterday in church that I had forgotten. During the children’s sermon, our minister, Jeff Kackley, asked the little ones if they knew why Jesus chose a donkey to ride on into Jerusalem …instead of another animal.  I could barely catch a few cute responses…like “because he had a saddle ready” or “he held on to his big ears.”  Jeff smiled and shook his head and then gave them the answer.

A donkey has a natural cross on his back. It runs the long line of the back followed by a diagonal line across his shoulders…thus forming the image of a cross. All donkeys carry this trait…but the cross is seen clearer on some donkeys relative to their natural hair color.

This characteristic has lead to different legends that grew out of the ride to Jerusalem.

From this came a legend of the donkey’s cross. The little donkey that had been Jesus’ mount on Palm Sunday, came to the hill of Calvary. Seeing the tragic event occurring there he wished with all his heart he had been able to carry the cross for Jesus as he was the proper one to carry heavy burdens. The donkey turned his back on the sight, but he could not leave because he wished to stay until all was over because of his love for Jesus.

In reward for the loyal and humble love of the little donkey the Lord caused the shadow of the cross to fall across his back and left it there for the donkey to carry forevermore as a sign that the love of God, no matter how humble carries a reward for all to see. It’s also told that the leg stripes were received from walking through the palm branches that were laid in it’s path in honor of the burden the donkey was carrying.

*One of the most fascinating facts I’ve found is that during the Middle Ages, Europeans used hairs from the cross on a donkey as folk remedies to cure illness. Around 1400 AD, one physician listed riding backwards on a donkey as a cure for scorpion stings.

*(Immediately the topic of donkeys took me back to the memory of the strange God Wink last week with the woman in the pick-up truck with the stuffed “Donkey” from the movie, Shrek, looking out the back window of the cab.

When I took the picture…just thinking it was something cute to put in the blog…another picture emerged when I went to enlarge it. The reflection of a street sign in the shape of a cross appeared and the donkey seems to be staring at it intently. (*It goes along with the legend story of the donkey)

So until tomorrow…During this holiest of weeks in the Christian Church, may we too remember to ‘carry’ the cross…in our hearts.

“Today is my favorite day”  Winnie the Poo 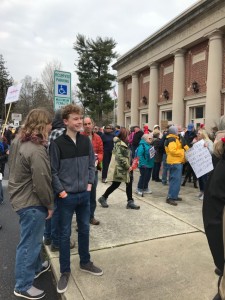 *So proud of you Honey for being one of the 400 strong marching for “Our Lives” this past Saturday in Hendersonville, NC! This movement is so powerful because it is our youth who have spoken up and said “Enough.” Books instead of Bullets!

I love what one author of several books on terrorism in the schools said on the CBS Sunday Morning Show…that these high school youth have done the miraculous… taken the perpetrator off the national media/spotlight and replaced him with the victims and the cry for change instead. About time…well done.

Yesterday there was a line in one of our hymns we sang that spoke of this cry for peace coming from the young…and why we should not be surprised that it is our youth who are taking this important step towards peace in the March for Our Lives. After all, wasn’t it a child who turned our world upside down with love and still continues to do so?

“Then shall the wolf dwell with the lamb, not shall the fierce devour the small; as beasts and cattle calmly graze, a little child shall lead them all. Then enemies shall learn to love, all creatures find their true accord; the hope of peace shall be fulfilled, for all the earth shall know the Lord.”

3 Responses to The Black Dot