When the Dimmer Becomes our Best Friend…

Aren’t there certain ‘subtle’ signs that we are getting older without having to wait on a birthday or glance at the calendar year or even mirror?

I was trying to think back when I first considered myself ‘not young’ any more or at least not as young. I suppose for my generation it was still the big “30.” Thirty…I am over twice that now….30? I was a mere baby back then. Yet society had already condemned me as aging. What is wrong with this picture?

With people living longer into their eighties, nineties, and beyond…do we really want to cut off youth at 30? We are only “young” for 1/3 of our lives and “old” for two-thirds?

Just in my lifetime I have seen a fast societal change on aging with us baby boomers. Since there are so many of us, by sheer numbers alone, we have been trend-setters by volume of consumption. If we say we aren’t old…then marketing follows suit….if the baby boomers want to dress and look young at whatever age…then merchandising follows suit.

Sixties, according to magazine articles and newspapers columns are the new forties. Mentally and emotionally I like to think that…but (as the Ya’s have discussed on numerous occasions) no one told our physical bodies they were supposed to act more “forty-ish.”

Brooke and I have experienced “shingles” in recent months (definitely a 60’ish health issue), Libby has had so many strange health episodes in the last couple of years that she said she could “hang a shingle”  out on her porch to help anyone with any kind of strange ailment. And Jackson is facing knee-replacement surgery in June. We aren’t sure we are buying into the new forties theme.

In fact in a Huffington Post article titled: Are 60’s the new 40’s for a Mid-Life Crisis? (by Charlotte Meredith) we 60 something (“silver sufferers”) even get to look forward to a second mid-life crisis now.

Your 60s are the new mid-life crisis for so-called “silver sufferers” rather than your 40s, according to a new report which has revealed a third of people in the age group undergo a period of questioning the meaning of life.

Crisis, often triggered by two or more episodes of loss or bereavement, may lead to a decline in physical and mental abilities experts have said.

A third of men and women said they went through a period of “developmental crisis” in their 60s, the survey found.

So to sum it up ….we 60’s silver sufferers going through “developmental crises” should still continue to try to look forty-ish. Look…no…but act…yes. I still feel young inside and I think that is the most important thing.

I must admit, however, that as we age we do have to start playing little games with ourselves…like getting dressed and putting on make-up in semi-darkness. You look good in the soft glow of dimmers (I find myself putting 40 watt bulbs in all my light fixtures)

The way I look at it…if I “think” I look good that’s all that matters. Like Dianne Keaton said in People Magazine’s Most Beautiful People (at 71):

” Keep everything covered, use soft lighting when you’re making up. The dimmer is your friend. But then you go outside and…”Of course it’s going to look worse, but you don’t have to look! And that’s the other point: Don’t take too much time on yourself. Keep looking outward-that’s where the amazing part of life is.”

How true that last sentence is. The other day on HGTV a middle-aged couple had moved to Costa Rica to start life (part two in retirement) and the husband was taking surfing lessons. The young boy teaching him kept reminding him: “Don’t look down at your feet and the surfboard or you will fall; always look out at the horizon and shore and you will stay afloat!”

So until tomorrow…I think staying comfortable in our skin makes us beautiful at any age….just happy to be alive and loved.

*Lightning bug! I saw my first lightning bug while sitting out in the garden Friday night a little after eight. I kept blinking because I thought I was seeing things…but no it was a lightning bug. I think mine might have been a Japanese lightning bug since it crossed through the bamboo barrier into my neighbor’s bamboo forest.

Happy Birthday to Brookie! Can hardly wait for our “Half and Half Birthday Party! Edisto…we are coming soon…ready to party down…us 60 somethings partying like 40 somethings!

Remember to always wear a feather in your hair…ageless! 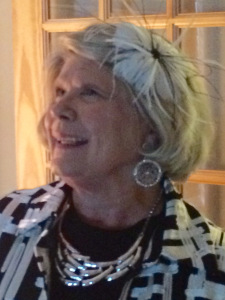 Jo sent these cute sayings and jokes about local “Kilroys!” Thanks for sharing Jo!

Two stories about Kilroy came to my mind from yesteryear. One was about a sign in a very small popular eating place in Columbia when I was a USC student. It read “Kilroy never ate here; he couldn’t find a seat.” The other was there were 2 men outside the Vatican when two men appeared on a balcony above. One man said, “Who are they?” The other replied, “I’m not sure who the one in the white robe wearing a cross is, but the other guy in Kilroy.” (OK, I didn’t say they were funny..just ancient memories.) I really liked the real message of your story today because it is great to know that no matter how far we travel or what happens in life, “Jesus is already there”.

1 Response to When the Dimmer Becomes our Best Friend…