As you know, from yesterday’s blog, I am spending an inordinate amount of time these days, set aside, for reading the biography of Alexander Hamilton by Ron Chernow. The pages are large and the print…quite tiny….one can almost read a chapter from another novel in the time it takes to read a couple of pages from this biography.

It can be somewhat daunting at times but it is so well-written as to drag the reader back into the secret recesses of the book like the lure of the sirens of old. One can’t put it down long before starting the pursuit again.

After only three chapters I have already begun to recognize a pattern in Hamilton’s life, which in retrospect, is similar to my life and your life….the connection between initially daunting detours, verbal treasures and significant benchmarks in our lives.

In this following excerpt from the Constitution Daily….you get the picture (pretty quickly) of how a letter from Alexander Hamilton to his father, filled with verve and gusto (following the worst hurricane to ever hit St. Croix) changes the direction of Hamilton’s life. This self-educated young clerk displays his secret compartment of “verbal riches” within his writing, for the first time publicly, when the letter is published.

How a hurricane brought Alexander Hamilton to America

How different would America have been without the hurricane that disfigured the Caribbean island of St. Croix in late August 1772. Without it, Alexander Hamilton may never have emigrated from there to New York City and indelibly shaped this country’s history.

Hamilton, 17, was a self-taught clerk for a business that traded goods between the French West Indies and America. Despite his lack of formal education, he wrote with precocious verve. In a letter to his father, James Hamilton, young Alexander called the hurricane that arrived on August 31 “a total dissolution of nature”  and described it as “sufficient to strike astonishment into angels.” 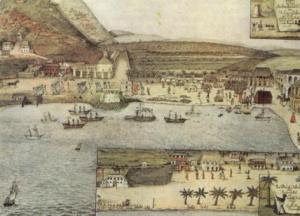 The letter was then published in the Royal Danish American Gazette.  “O ye who revel in affluence see the afflictions of humanity and bestow your superfluity to ease them,” the letter pleaded and moved a group of island businessmen to bestow their blessing on Hamilton. They sent him to North America for a proper education—and a reversal of fortune worthy of a classic fable.

Hurricane Hugo, September of 1989. For many of us who lived through this natural disaster and  detour in life, we can readily understand how life-altering benchmarks can occur following such a disruption of nature and life as we know it.

The eighth grade social studies department at Alston Middle School decided to create a written “scrapbook” or memento for our students to have as a keepsake of this famous historical occurrence in their own lifetime.

We had the students write a personal commentary about their feelings and also hopes for the future. We, also, had them create maps showing the route of Hurricane Hugo through South Carolina and the eerily  similar pattern to Sherman’s “March to the Sea” through our state at the end of the Civil War.

Several years ago, a former student of mine, who was in my class the year of Hugo, approached me in a restaurant and re-introduced himself. He told me that he was helping his parents clean out their attic before they moved to Florida to retire and came across that old memento scrapbook from Hugo, as well as his old “I Survived Hurricane Hugo” t-shirt.). He told me how much it meant to him and his parents to re-live those moments again through his personal recollections of this terrible storm as a 13 year-old boy.

He assured me that it was better than finding a “treasure chest.” Since reading Hamilton….all I canthink of now…is the importance of the “verbal treasures” within the scrapbook.

It was that same scrapbook that won some public recognition for Alston Middle School and the eighth grade social studies department… which later lead a college professor to ask me to come in and share the “verbal treasure” with student teachers. It was that same professor, along with her colleagues, who talked me into applying for their master’s program two years later and thus opened up opportunities, in my life, that I had never even imagined.

In 2008 it was the diagnosis of breast cancer (“little c”) that took me on another daunting detour in life morphing into an unforeseen opportunity (St. Jude’s Chapel of Hope) to write a blog (“verbal treasures“) about my experiences. And here I am today…amazing.

Take a minute and think back to an unexpected detour in your life that, though daunting and scary at first, proved to be the catalyst of change for a better opportunity than previously dreamed. I think this life pattern is pretty universal, don’t you?

(Jackson, your and Matthew’s experience from the “1000 Year Storm” last year…is a classic case-in- point.)

You are both in such a good place now…a niche you can call home again!

A toast for unexpected detours!

So until tomorrow…Establishing goals is all right if you don’t let them deprive you of interesting detours. Doug Larson

Delights of the Day:

Another “delight of the day” was finding this saying on Mev Schieder’s Facebook photos. After recently losing her husband and best friend James (Jimmy) to cancer, Mev has remained so positive with mantras like this: (Thank goodness for family!) 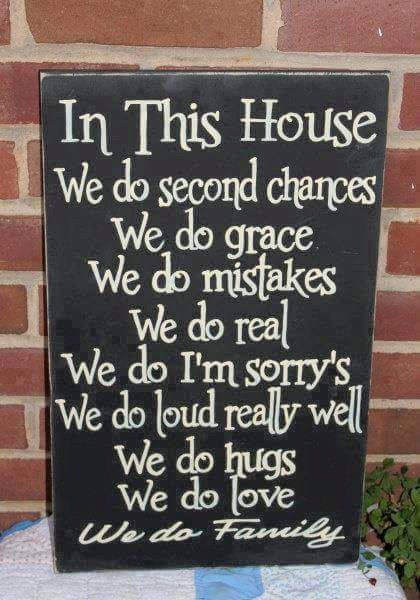