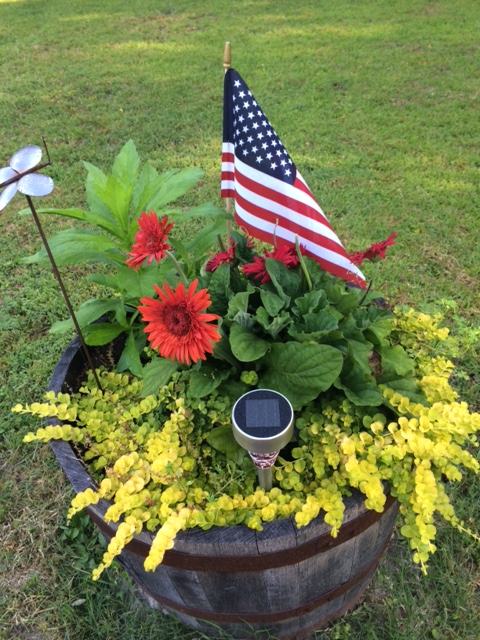 Each year I try to educate myself a little bit more about each of our national holidays and this year I discovered some new historical information about the creation of Memorial Day.

1) To honor the deceased, soldiers would decorate graves of their fallen comrades with flowers, flags and wreaths. Hence the original name- Decoration Day. Although Memorial Day became its official title in the 1880s, the holiday wouldn’t legally become Memorial Day until 1967.

2) After the Civil War, General John A. Logan, commander in chief of the Grand Army of the Republic, called for a holiday commemorating fallen soldiers to be observed every May 30. But due to the Uniform Monday Holiday Act, which took effect in 1971, Memorial Day was moved to the last Monday of May to ensure long weekends.

Some groups, like the veterans’ organization American Legion, have been working to restore the original date to set the day apart and pay proper tribute to the servicemen and women who sacrificed their lives defending the nation.

3) Under law we are still required to stop and remember the sacrifices of those who can’t speak for themselves at a certain time on Memorial Day.

In December 2000, Congress passed a law requiring Americans to pause at 3 p.m. local time on Memorial Day to remember and honor the fallen. But this doesn’t appear to be common knowledge, or if it is, by 3 p.m. most people seem to be too deep into a hot dog-induced food coma to officially observe the moment.

4) Nine southern states set aside an official day to recognize the dead from the Confederacy…. (Confederate Memorial Day) the states vary on this holidays with the exception of Virginia.

Virginia observes Confederate Memorial Day on the last Monday of May, in accordance with the federal observance of Memorial Day.

5) Before James Garfield became President…while still serving as a Republican Congressman… he gave a speech (before thousands) at Arlington Cemetery on Memorial Day…May 30, 1868. His words were quite eloquent and excerpts of his rather long speech have appeared in many other Memorial Day speeches….the following line being one repeated for posterity.

“If silence is ever golden,” Garfield said, “it must be beside the graves of 15,000 men, whose lives were more significant than speech, and whose death was a poem the music of which can never be sung.”

…”Whose lives were more significant than speech.” What a beautiful eulogy for all of us…don’t you think? We are remembered for what we did with our lives…not just what we said.

On a personal note…the most memorable Memorial Day in our family fell on Memorial Day 1968. Only a few weeks earlier Ben’s unit was almost completely wiped out and mother had just received notification that he was missing in action.

She received the notification around Mother’s Day because, I remember, that being the saddest Mother’s Day in our family. David and I didn’t know what to do to brighten the day up or cheer mom up.

When I found this card the other day…I remember wishing I had it that long, sad Mother’s Day of 1968, as we waited for further news. It would have explained David’s and my dilemma to mother in a way we couldn’t. We just didn’t know what else to do or say and “Silence was not golden” that day…it was strained.

However, by Memorial Day the situation had turned around…with a second notification that Ben was located on a medical boat. He was receiving treatments for wounds that were deemed non-life-threatening. (There would have been more celebrated relief except for the fact that  Ben still had twelve more months (of his 13 month tour) to go until the tour was over…and there would be more wounds to come….physical, mental, and emotional.)

Still….Memorial Day of 1968 was one filled with prayers of relief and thankfulness. Mother had even found a tablecloth that said “Blessings” on it and that is where the family gathered that long ago day to eat, laugh, and rejoice in life.

The only somber moments that day were reflections of all the young boys and men from that unit and everywhere else in Vietnam whose family got a different telegram than ours.

To this day…Memorial Day fills me with mixed feelings of patriotism and sadness….another example of the many paradoxes of life that will have to be answered in another place at another time…God’s time.

Before I bring closure to this special blog… a quick update! Ben’s last VA pension appointment was cancelled at the last minute Friday…he goes in tomorrow morning at 9:30. Prayers are welcome and appreciated.

This is too too cute and just blows your mind. Brooke was telling Jackson and me (at Edisto) that little Hamp (Ted and Brooke’s grandson (Kacee’s five year old son) could recite the Gettysburg Address.  “No way” Jackson and I exclaimed…Well…see for yourself. Unbelievable and too precious!!! The best way to end the blog today!

So until tomorrow…Let us remember our veterans, living and dead, who sacrificed and continue to sacrifice for the freedom we enjoy today.

* Well Sherlock Holmes must turn in her hat concerning the garden fairy mystery….it wasn’t Tim…it was Anne!!!!  And she says she still has ‘work to do.’

One funny thing….after seeing the two fairy additions to the garden…I went and got one fairy off the tree (with the new fairy door)…and put it at the top of the ladder on the rose container…to look like she is waiting for someone to climb up.

Anne saw the fairy at the top of the rope ladder she made (with no fairy) and cried out “I believe…I believe in fairies!” (So do I)

The family’s Memorial Day Celebration was last evening at John and Mandy’s ….Great food, fellowship, and friendship! Everyone had a great time…only Rutledge was feeling under the weather. 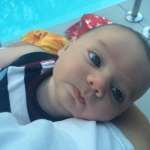 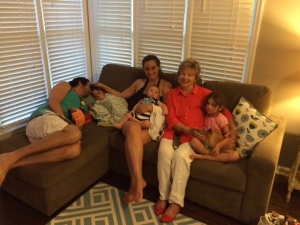 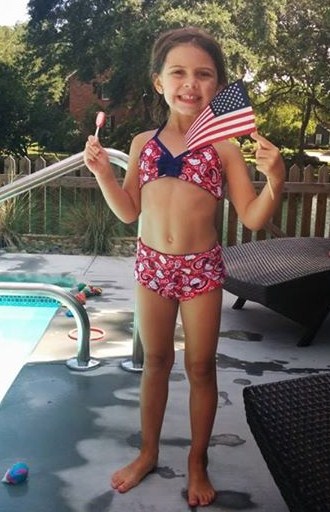 3 Responses to “Silence is Golden”