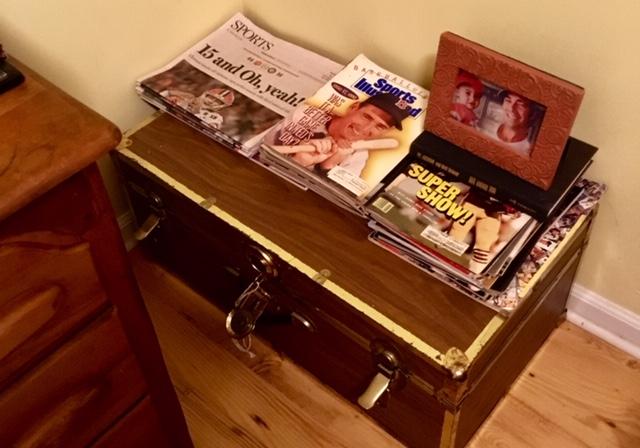 With so much interest and conversation lately about the anniversary of the Apollo 11 Moon Walk…we forget sometimes how important it is to bring “space” back to Earth…back into our daily lives. In other words…we need to create space and clean out clutter for the tiny little area in the world that we call home.

Unknowingly, Rutledge did just that for me…by running around pulling out drawers and cabinets looking for more of his dad’s memorabilia at Camp Boo Boo…the ensuing “havoc” demanded immediate attention. With Rutledge’s help we started separating bags into “keep and throw.’ *It had needed this excavation for a long time…Luke getting the trunk open for Rutledge released a Pandora’s Box of junk…along with some precious memory keepers.

As you can see from the title photo…all the old Clemson national title newspapers are now organized in one stack, Sports Illustrated in another with lots of baseball cards inside the trunk….and a photo of Walsh and Rutledge taken a few years ago on the start of a new Clemson football season. 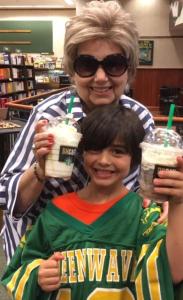 It feels so good to have the extra family room finally cleaned up…thank you Rutledge…indirectly you forced me to deal with it…and now that it is over…I can appreciate it! Cheers!

However, there is still another kind of space we need to discipline ourselves in (for daily encounters or situations) that demand calmness. It is always wise to allow ample “space” between what we experience and how we respond to it. Haven’t we all responded too quickly to a comment only to regret it for a long time afterwards?

Making a concerted effort to put a few important seconds and space between a potential negative comment directed at us and our response to it gives us time to reflect on the issue. A few deep breaths is sometimes all it takes for space to keep pace with calm and control over regret and stress.

Since I have some space left today I want to share an excerpt from an amazing event Anne experienced on the 20th anniversary of the Apollo 11 Moon Walk. One thing I can definitely say about my friend is that she fully lives the axiom…”The opportunity of a lifetime must be taken in the lifetime of that opportunity.”

I’ve enjoyed the moon landing stories immensely! On the 20th anniversary of the moon landing I was volunteering with the Audubon Society’s Puffin Project on Eastern Egg Rock, a seven acre island located in Muscongus Bay, Maine. The island was COVERED with nesting shore birds – every square inch of rock covered with squawking and screeching terns and gulls of all types.  Puffins came ashore as well, nesting down under the massive boulders.  In 1989 there weren’t too many pairs of puffins, so every siting was just thrilling.

Three of us volunteers lived at the Egg Rock “Hilton” – our research headquarters and sleeping quarters – all 200 square feet of it.  We had a propane burner, a ham radio, a shelf for canned goods and notebooks, and a bunk.  “Upstairs” was the open air accommodations and a solar panel…rather primitive and NO privy!  My job was to count the number and type of fish brought in by the terns and puffins with nests located around MY bird blind (there were three blinds on the island).  Each nest and each chick were labeled.  So when an adult tern flew in, I recorded which chick (A,B, or C) received which type of fish (usually hake, herring, or butterfish). When a puffin flew in, I recorded the number and type of fish. We did two four-hour “stints” a day, one in the morning and one in the afternoon.

At any rate – to the reason for the story! Sitting on an up-turned paint bucket in the blinds were sometimes frantic when more than one adult flew in at once!  And sometimes there was a lull, so having a radio provided some welcome company in my little wooden structure.  The only station I could get was out of Boston, a public radio station, WGBH, which was great – lots of interesting music and commentary.  However, on the 20th anniversary of the moonlanding, WGBH played Claire de Lune for 24 hours straight, by every imaginable instrument, every symphony in the whole wide world, and then some.  It was great at first, then rather tedious, and then hysterical – especially when my roommates and I continued to hum it for the next week or so.  Memorable at any rate and I still chuckle every time I hear it: 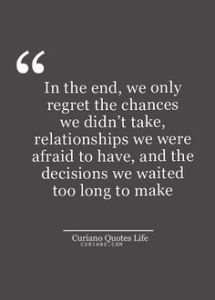 Yesterday turned out to be quite a busy day…errands in the morning, a funeral for a long-time friend who like me, was a pioneer of Dorchester Presbyterian Church…We were members when we had no church building and were meeting in a golf club house on Sundays. Mandy was the first child baptized in the club house and the last person, the founding pastor, Richard Cushman, married. So our roots went far back together.

When I returned home I had an invitation for a cook-out at John and Mandy’s…wonderful food, time to spend with Eva Cate and Jake and their art work…plus watching the children swimming like little fish…the result of a summer of endless swimming. 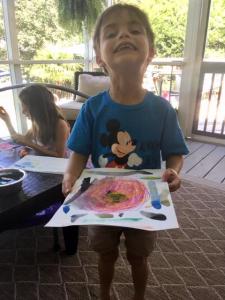 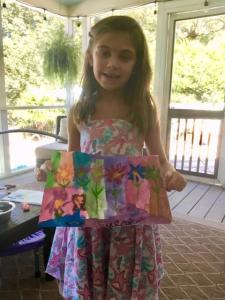 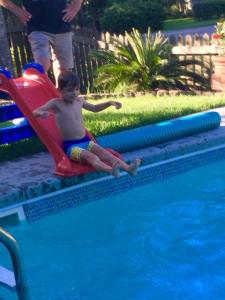 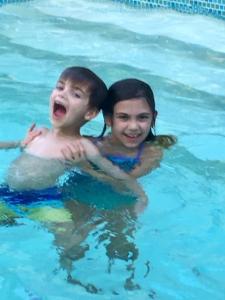 On the way home as I stopped at the main intersection in Summerville..the sky was simply amazing…I had time to snap one photo before the red light turned green….what a beautiful way to end the day…the last light surrounded by growing darkness. 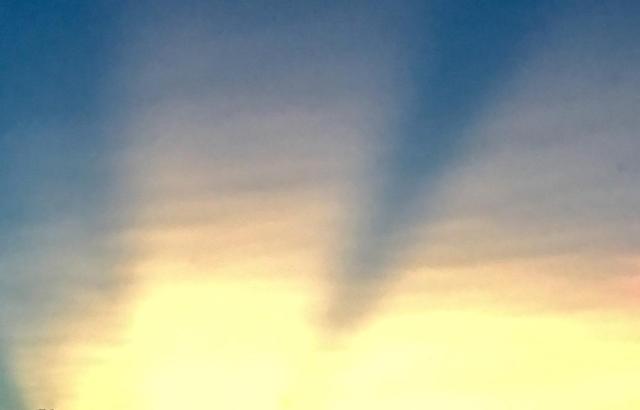 2 Responses to Making Space on Earth